As the United States looks to reduce the amount of nitrogen and phosphate runoff into the watershed, a study in Africa conducted by researchers at the University of Illinois has shown that fertilizer in small doses can lead to higher yields with less fertilizer. The buzzword here is 'microdosing'.

A lot of this goes right back to the 4 R's... right rate, right placement. USDA ERS has weighed in on nutrient reduction and has conveyed a similar message, encouraging growers to rely on targeted nitrogen applications via sidedress rather than applying large amounts over the entire field. The U of I study was aimed at improving soil fertility on a budget for African farmers, but the idea is worth turning over as American farmers look to maximize inputs expenditures amid thinning margins.

Farmers in Zimbabwe are finding their way through this new approach, and have noted that once participants try the program, the increased yield on fewer dollars spent keep them coming back. One of the biggest concerns with nutrient reduction in the U.S. is for adoption.

At a fertilizer conference earlier this year, a representative from USDA ERS noted that when financial incentives are offered to farmers, adoption of new programs swells. But the excitement -- and participation rates -- fall off as soon as the funds dry up. ERS offered up nitrogen applications synchronized with plant growth cycles are not only better for the plant, but easier on the bottom line.

If growers can save money using less fertilizer while sustaining, or even improving yields, no outside incentive is needed. The U of I found that to be true in Zimbabwe, where the lives of farmers have been improved, not by the use of more fertilizer, but, rather less fertilizer at the right times. The full release from the University of Illinois follows...

URBANA, Ill. - Crop yields in the fragile semi-arid areas of Zimbabwe have been declining over time due to a decline in soil fertility resulting from mono-cropping, lack of fertilizer, and other factors. In collaboration with the International Crops Research Institute for the Semi-Arid Tropics (ICRISAT), University of Illinois researchers evaluated the use of a precision farming technique called "microdosing," its effect on food security, and its ability to improve yield at a low cost to farmers.

"Microdosing involves applying a small, affordable amount of fertilizer with the seed at planting time or as top dressing three to four weeks after emergence," explained U of I agricultural economist Alex Winter-Nelson. "So, instead of spreading fertilizer over the entire field, microdosing uses fertilizer more efficiently and ultimately improves productivity. Our research shows that smallholder farmers' investment in microdosing has really unlocked the power of chemical fertilizers in some of the low-rainfall areas of Zimbabwe."

Training is the key to adoption of the technique. "About 75 percent of households receiving microdosing training used fertilizer in 2011," said Winter-Nelson. "This compares to less than 25 percent of households that had not received training. Another way of looking at it is that training in microdosing raised the probability of adoption by 30 to 35 percentage points. Knowledge of microdosing changed people's attitudes about fertilizer. Those who had training generally disagreed with the common notion that fertilizer is not worth its price or that it burns crops."

Winter-Nelson said that there are some hurdles to overcome, however. "Sustaining and expanding the benefits of microdosing technology will require efforts to ensure that private agrodealers are able to stock the product in a timely manner and to package it in a manner that smallholder farmers find useful," he said. "This is complicated by the financial capacities of agrodealers and by difficulty in projecting fertilizer demand, which varies with rainfall.

"We also need to work on extending training to underserved areas and to train extension personnel in low-rainfall areas," he said. "Female-headed households were significantly less likely to adopt microdosing than others, possibly reflecting labor shortages or difficulties accessing fertilizer. Understanding the particular constraints that female farmers face and adapting the methods or the training to their circumstances could also help extend adoption of the technique." 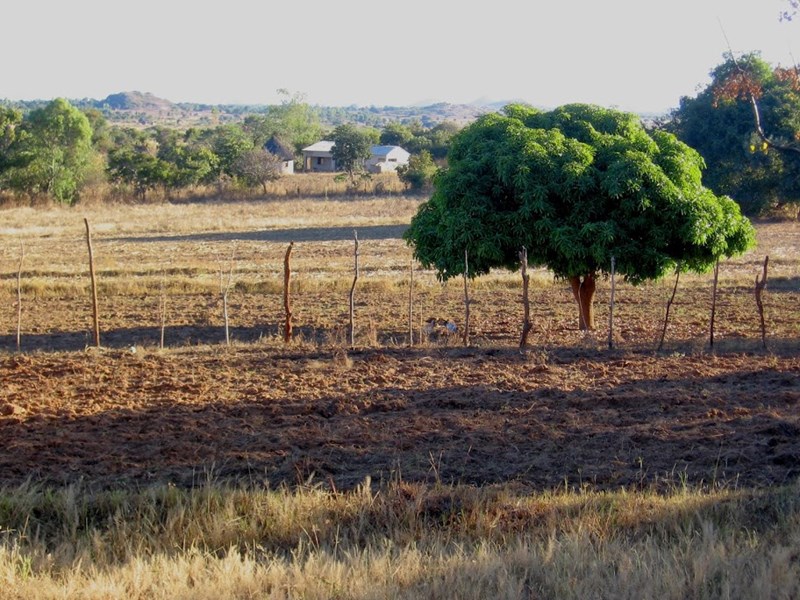 "What was particularly encouraging from the data is that, when comparing the costs of research, development, and promotion of microdosing in Zimbabwe to the gains achieved through a 30 percent adoption rate and an estimated productivity effect, the data suggest an internal rate of return on the investment in microdosing of over 40 percent," Winter-Nelson said. "And that's a good motivation to continue to try to get more farmers in Zimbabwe to try microdosing."

"Impact of Fertilizer Microdosing Research and Development in Semi-arid Zimbabwe" was produced for the International Crops Research Institute for the Semi-Arid Tropics. Other contributors to the report are Jayne L. Stack, Tarisayi Pedzisa, and Brighton M. Mvumi from the University of Zimbabwe.