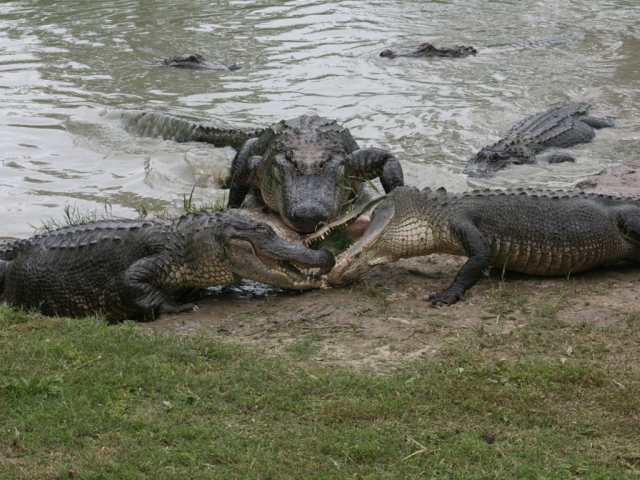 A Texas rancher lassoed a 10-foot alligator and wranglers crawled atop the thrashing reptile's back after it got a little too close to the landowner's cattle.

Bystanders shot video of the recent takedown near Hawkins, a town about 100 miles (161 kilometers) east of Dallas.

Byron South of Convergent Hunting Solutions says he got a call from the landowner, Hal Conover, after the alligator broke into a pen where he was weaning calves. Game wardens were also summoned.

South told The Associated Press that Conover was able to throw a rope around the reptile. The video later shows two men atop the gator as it thrashes and bites one man's hand. The man suffered minor injuries.

The alligator was eventually loaded into a trailer and hauled to a wildlife park.