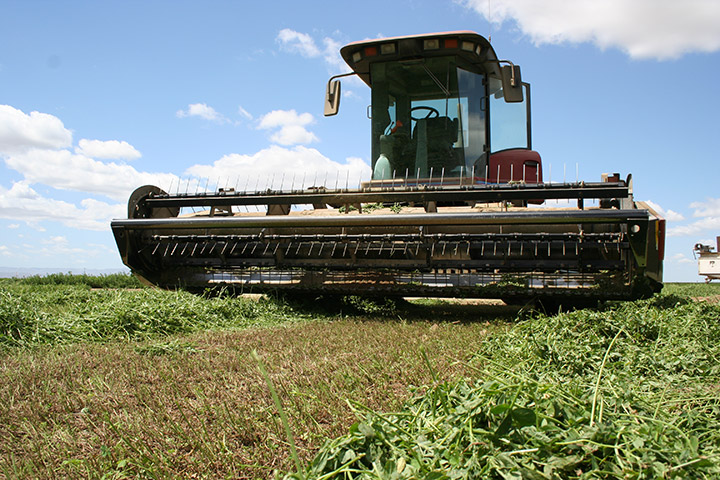 Two southern Oregon farms are asking a court to end Jackson County's voter-approved ban on genetically modified crops or force the county to pay the farms $4.2 million. The farmers say that's the value of the Roundup Ready alfalfa crop they'll have to destroy if the ban stands.

The Medford Mail Tribune reports the lawsuit was filed Tuesday in Jackson County Circuit Court on behalf of Schultz Family Farms LLC and James and Marilyn Frink and their family trust. Lawyers say a coalition of farming, agriculture and biotechnology organizations is assisting the Jackson County farmers.

County voters approved the ban in May. The lawsuit claims that the GMO ban conflicts with state law and will require farmers to destroy crops they have already planted and grown for sale. Roundup Ready alfalfa can withstand the application of herbicide.

A county spokesman was not immediately reachable late Tuesday for comment.

Earlier this month, Oregon voters narrowly rejected a measure that would have required the labeling of genetically modified foods.