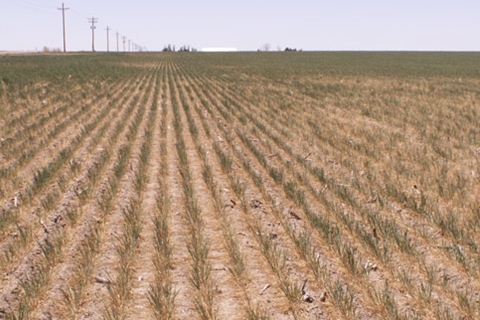 The National Agricultural Statistics Service reported Tuesday that the decline compares to $7.85 billion in 2013 and $8.09 billion in 2012.

The lesser numbers come as no surprise, given the waning drought last year that decimated the state's winter wheat crop before late spring and summer rains salvaged fall-harvested crops. Grain prices also have fallen in the past couple of years, making the remaining crop worth less.

Among the state's major crops, the agency valued the state's wheat crop at $1.51 billion last year. It pegged the value of Kansas corn at $2.12 billion. Soybeans came in at $1.38 billion, with sorghum trailing at $755.2 million.