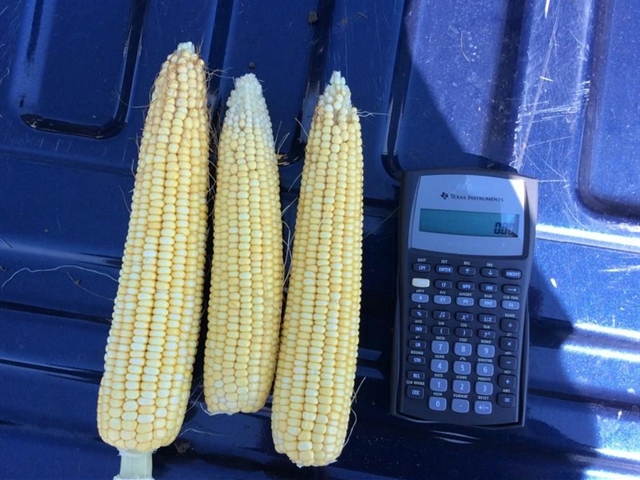 In South Dakota this year, the crops—especially corn—are in good shape as the 2015 Pro Farmer Midwest Crop Tour begins.

“The corn crop is above average,” says Jonathan Kleinjan, South Dakota State University Extension crop production associate in Brookings, S.D.  “I don’t know if it’s the best crop ever in the state, but it’s pretty good.”

Corn, by the numbers, is also in solid shape. The same report said that 77% of South Dakota’s corn crop is in good to excellent condition versus 70% nationally.

“We had a really dry winter and spring, so planting went really fast,” Kleinjan says. “Then in the middle of May, it got wet,” causing some planting delays.

Farmers are seeing some unevenness, though. Despite the spring rains, there are some “dry pockets” near Pierre and Gettysburg. Strong storms earlier this summer brought wind and hail damage to corn and soybean fields in northeastern South Dakota, along Highway 12.

Disease pressure has been minimal. “We’ve had a little bit of white mold in the soybeans, but no widespread issues,” says Kleinjan. “In terms of corn, I’ve heard nothing about disease.”

Growers have been seeing some pest, however. “There is still some ongoing spraying for soybean aphids,” he says.

Currently, USDA forecasts an average yield of 45 bu. per acre for South Dakota soybeans, the same as 2014, when the state produced 230 million bushels of beans.