2015 Outlook: Can U.S. Wheat Stay Strong in the Export Game? 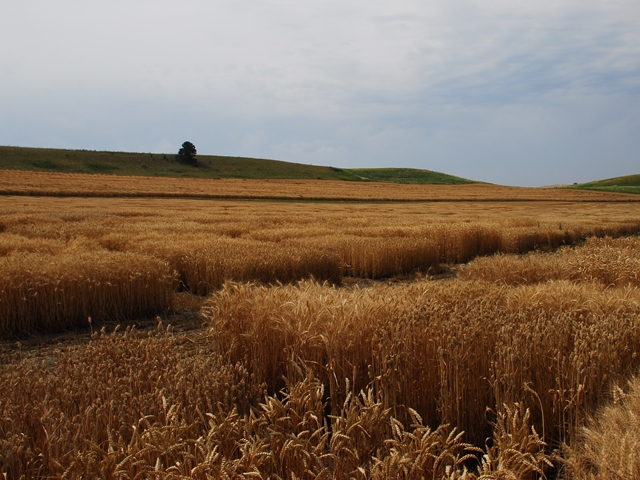 Wheat covers more of the earth than any other crop. With such strong and diverse competition, predicting the future of the wheat market is elusive at best.

Around half of U.S. wheat is sold into international markets. The top customers for U.S. wheat are:

China and Egypt are also major buyers and when they are shopping with the U.S, wheat prices gain strength. “The U.S. can be the supplier of last resort,” Olson says. “Buyers know they can always get it from us, but they may have to pay a little more.”

Since wheat is a price sensitive commodity, Olson says, exchange rates can greatly affect export levels. “We haven’t talked about the strength of the U.S. dollar for the last few years because it has been stable,” he says. “But we’ve had a significant rally in the value recently. For wheat, even small changes in exchange rates can make a big difference.”

As a result, U.S. wheat prices are projected to be down to the lowest levels in four years due to limited demand for U.S. wheat exports and for domestic livestock wheat feeding.

With wheat usage increasing and ending stocks staying stable to higher, there’s a chance the supply situation could tighten up, says Dan O'Brien, Kansas State University Extension grain economist. If that happens, due to an increase in exports, O’Brien says wheat prices could center around $7 next year. On the flip side, if exports decrease, wheat prices would fall between $5.00 and $5.60.

Wheat Production Around the World

The wheat-producing areas of the world that have the most notable impact on wheat markets, O’Brien says, are Russia, Ukraine and Kazakhstan in the Black Sea region, Australia, U.S., Canada, parts of the European Union and China.

Currently, the two key regions to watch are the Black Sea region and Australia.

“There’s still a lot of political uncertainty in the Black Sea region, specifically Russia and Ukraine,” O’Brien says. Additionally, the wheat condition there may be struggling as a lot of the crop was planted into dry soil conditions and cold weather hit fast, Olson says.

Crop conditions are also a concern in Australia. “They are not looking for a complete disaster, but the size of the crop is slowly dropping in yield potential,” Olson says. He says the size and health of the Australian crop will have an impact on spring wheat prices.

Olson and O’Brien agree wheat acres are hard to peg this year. In some traditional wheat-growing areas, drought conditions are present and even expected to worsen.

While wheat acres tend to be pretty stable, lower corn and soybean prices may cause a shift back to wheat. “As we look at contracting corn acres, I’m expecting the backfill will be wheat, especially in areas that have drought issues or aren’t as valuable for corn production,” Olson says.