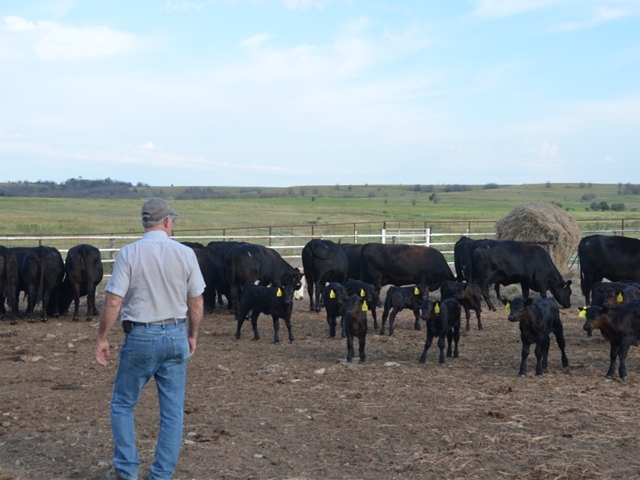 Editor's note:  This was one of 10 marketing outlooks for 2016 that the AgWeb editors provided in December to help you succeed and be profitable in 2016.  Looking for what to expect for the rest of 2016? Please click here for Greg Henderson's mid-year update.

While calf producers are closing the books on the second most profitable year in history, livestock analysts say to expect lower prices for your calves next year. Lower, yes, but calf and yearling prices in 2016 will still offer good profits for most ranchers.

“We’re at cyclically lower cattle prices, probably at least through 2018, and maybe through 2019,” says Jim Robb, Livestock Marketing Information Center agricultural economist, Denver, Colo. But as the environment shifts away from what calf producers experienced during the post-drought period of escalating prices in recent years, Robb says producers can expect a return to “more normal” seasonal price patterns.

An End to Volatility?

Expected lower prices are the result of a longer-term supply outlook for larger U.S. beef production, but livestock analysts expect U.S. imports of beef will moderate significantly in 2016 as Australian output appears unsustainable.

Any projection for cattle and beef production, however, hinges on weather and how it will affect grain and forage production. The drought of 2011 and 2012 forced liquidation of America’s cattle herd to 60-year lows, which, in turn, produced all-time cattle price highs in 2014. Projections for 2016 cattle prices assume normal growing conditions on a national basis.

Robb, however, calls that market an “anomaly,” and he and other livestock economists believe ranchers should build their expectations going forward on the fundamentals of supply and demand, which continue to show positive signs for beef.

Normal seasonal patterns, if they play out in 2016, would represent a welcome relief from the extreme volatility markets displayed during recent weeks. Newly weaned calves sold for roughly 25% less in November 2015 than they had a year earlier, about $1,035 per head.  Much of that decline was tied to heavy losses by cattle feeders.

“Feedlots struggled throughout much of 2015, in large part because of the high prices they paid for feeder cattle,” says John Nalivka, president of Sterling Marketing, Vale, Ore. Weekly feedlot closeout calculations by Sterling Marketing suggest cattle feeders lost in excess of $500 per head on steers marketed in November and December, 2015.

Excessive feedyard losses provides a primary factor livestock economists use to project calf and feeder cattle prices for 2016. As most cattle left feedyards in 2015 carrying a significant loss, it’s only logical to expect feedyards will seek to lower bids on feeder cattle and calves.

“It will be a particularly rough ride (for cattle feeders) during the first six months of 2016. The best month I’m projecting is closeouts in May 2016 with losses of $45 per head.” Tonsor says that’s well within the margin for error in calculated breakevens as there are no assumptions for risk management.

Despite the woes of the cattle feeding industry, the outlook for ranchers and calf producers remains positive, at least through 2016. That assessment is based on calf supplies as indicated from the U.S. cattle inventory and how it will expand over the next few years.

America’s historic drought cut the beef cow herd from nearly 32 million head in 2010 to 29 million at the beginning of 2014, the smallest cow herd since 1952. That triggered the price rally that peaked in the fall of 2014, and, coupled with abundant moisture, the subsequent expansion phase. By January 2015 cattlemen had added 600,000 cows to America’s herd, totaling 29.7 million head.

“Going forward into 2016,” Tonsor says, “I anticipate the calf crop will slowly begin to expand such that the tight supply aspect of the past several years lessens.”

While the expansion phase of the cattle cycle means peak prices are a distant memory, Nalivka says there are positive lingering effects of the liquidation phase.

“We have a younger, more efficient cow herd today,” he says. “We have a better cow herd from both an age and a genetics perspective.”

Even the best calves, however, will put fewer dollars in your pocket this year. Yet, Nalivka projects 2016 cow-calf profits to average $295 per cow. That would represent a 40% decline from the average profits of $495 per cow in 2015, but still the third-highest annual per-cow profit in the Sterling Marketing database.