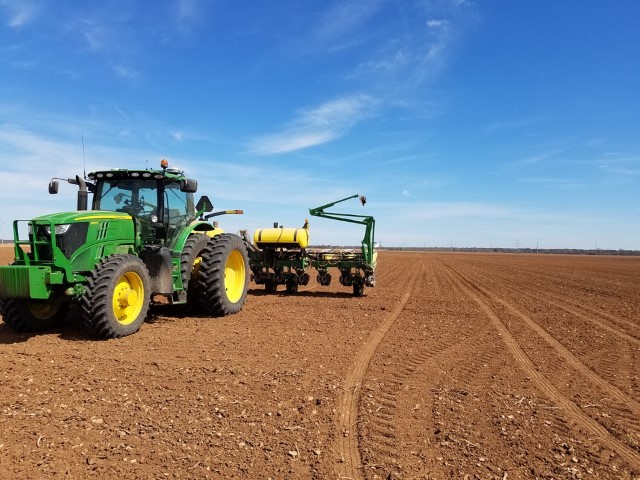 Corn Planted Acreage Down 4 Percent from 2016

All Wheat Acreage Down 8 Percent

All Cotton Acreage Up 21 Percent

Corn planted area for all purposes in 2017 is estimated at 90.0 million acres, down 4 percent or 4.0 million acres from last year. Compared with last year, planted acreage is expected to be down or unchanged in 38 of the 48 estimating States.

Soybean planted area for 2017 is estimated at a record high 89.5 million acres, up 7 percent from last year. Compared with last year, planted acreage intentions are up or unchanged in 27 of the 31 estimating States.