3 Factors to Consider for Fungicide Application 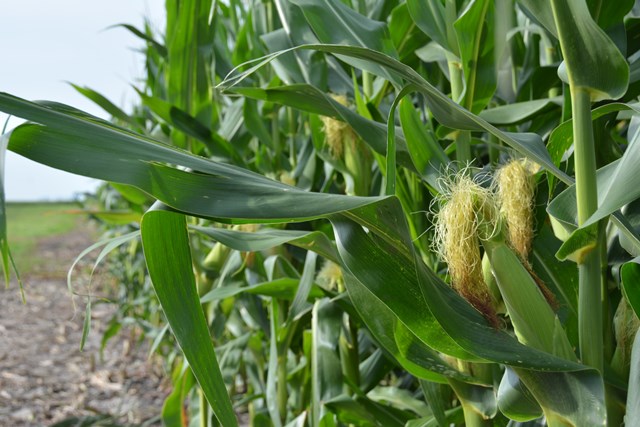 When it comes to fungicide, critically examine your opportunity for yield increases to determine whether two, one or any application is needed.

“With what we’re dealing with now we have the potential for high disease pressure,” says Melissa Bell, Mycogen commercial agronomist. “Pay attention to the weather and know what hybrids will respond.”

You can apply fungicide twice in-season. Early season application typically occurs around the V5 to V7 stage in corn and R1 stage in soybeans while late application is VT and R3. Understand what’s going on in your fields to see if and when fungicide application makes sense.

“Looking at weather and disease pressure and considering the mild winter we had, I think conditions might favor more gray leaf spot and northern corn leaf blight,” Bell says.

You’ll likely see bigger yield impact from any fungicide application in fields with a history of disease and residue with inoculum. Corn on corn fields or soybean on soybean fields are especially susceptible to overwintered inoculum. Note however, disease can carry over in corn and soybean rotations, too.

“You could potentially keep the plant free of early-season infections by fungal diseases such as Northern corn leaf blight (NCLB) and rust with an early application,” says Shane Meis, Wyffels director of research.
While it can happen, it’s not often you see NCLB or rust at the V5 stage. Fungicide application around tassel, when symptoms normally occur, can often save the greater number of bushels.

You could have a field full of NCLB inoculant, but if the weather is hot and dry you won’t see a spot in your field. Understand what conditions are necessary for disease to thrive to save money when conditions aren’t conducive.

Look to agronomist or scouting books to learn weather conditions for diseases specific to your fields, however most diseases favor cool, under 75° F, and moist conditions. Disease tracking maps provided by USDA and some university Extension programs can also help you predict your disease risk due to weather.

“What’s the likelihood application will be economically viable?” says Damon Smith, University of Wisconsin Extension plant pathologist. “A lot of people just look at the response, not what it will cost, which affects your bottom line.”

Think about fungicides as early as possible for two reasons: you can determine if it can bring ROI and ordering early might bring discounts you won’t receive in late season. In most cases you’ll see a yield bump from any timed fungicide application—calculate if the potential bump pays for the application.

“When we look at V6 application across the Corn Belt we saw a two to three bushel increase,” Smith says. “But at tassel we see around a seven bushel increase.”

Combining the two [early and late season] applications doesn’t result in a one plus one equals three situation—it typically only adds around one additional bushel, Smith says. These are averages on a large scale and your agronomist should be able to provide local data to help you make a more informed decision.

Balance disease pressure, weather conditions and expense management to decide when and if a fungicide application is worth it.

“Unless I’m in a situation that I’m really concerned about early season disease pressure I’m more likely going to spend my money on VT application,” says Jim Schwartz, Becks director of practical farm research and agronomy. “The odds of economic response go up the longer I wait.”