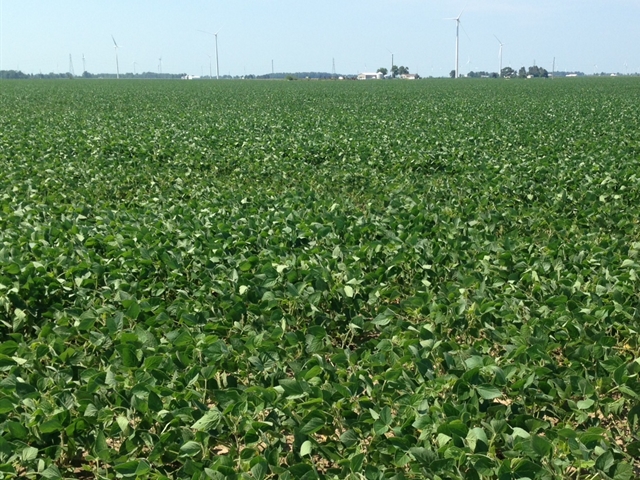 Cropland values in western Ohio, which includes the northwest and southwest portions of the state depicted in the map below, are projected to decrease in 2017 compared to year-ago levels, according to the Ohio Cropland Values and Cash Rents Survey conducted by Barry Ward, agricultural economist at Ohio State University (OSU).

For the northern half of western Ohio, the value of average-quality cropland is expected to decrease 5.2% from a year earlier to $6,480 per acre. Average cash rent is projected to decline 1.7% to an average of $177 per acre, with cash rents for top and poor land showing similar trends.

Looking ahead, survey respondents expect western Ohio cropland values to decline another 5% in the next five years. Cash rental rates are expected to decrease 5.2%.