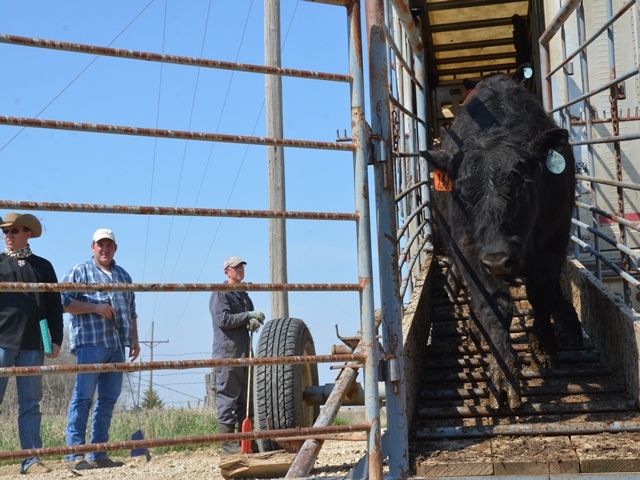 This past year won’t be remembered for record-high prices, but 2015 certainly taught beef producers a few lessons.

Beef has seen the competition for freezer and menu space ramp up drastically this past year.

The pork industry has finally bounced back from PEDv and put more pigs through finisher farms. Broiler chicken raisers had a difficult time with breeding last year when one line of roosters had low fertility. “The reduced production from those competing meat proteins in 2014 supported beef,” says Andrew Griffith, economist with University of Tennessee.

Feeder cattle prices went on a nice run in 2014 that couldn’t be sustained into 2015. “The market starts realizing we’ve got poultry and pork production back up to speed, but now we’re having difficulty exporting those meats,” Griffith says.

Poultry farmers had their own deadly outbreak of avian influenza to deal with in 2015, but it actually hurt trade leaving more chicken on the domestic market.

Russia’s stoppage on exports from the European Union because of the conflict in Ukraine has hurt global pork trade. “In 2014, Russia decided to stop importing pork from the EU, which was there primary pork source. That has hurt EU pork prices and they have to go somewhere with that pork,” Griffith says.

The improved U.S. economy has helped boost the value of the dollar compared other currencies around the world. For instance, the dollar ranks behind the euro, but the dollar has increased approximately 10% in value comparatively from December 2014 to December 2015.

“Our trading partners were buying record high beef at record strong dollar for the past few years, and the wholesale price has come off some,” says Stephen Koontz, economist with Colorado State University Extension.

In the latest World Agricultural Supply and Use Estimates from USDA, it was evident beef exports aren’t going to be on par with previous years. Since 2011, the U.S. has managed to export at least 2.45 billion pounds of beef annually. This year has been well short of a banner year, with 2.223 billion billion in expected exports. That's 350 million fewer pounds than 2014.

USDA projects beef imports to be up 435 million pounds for 2015 compared to 2014. Imports of grinding meat from Australia rose each month compared to the same time last year until October. 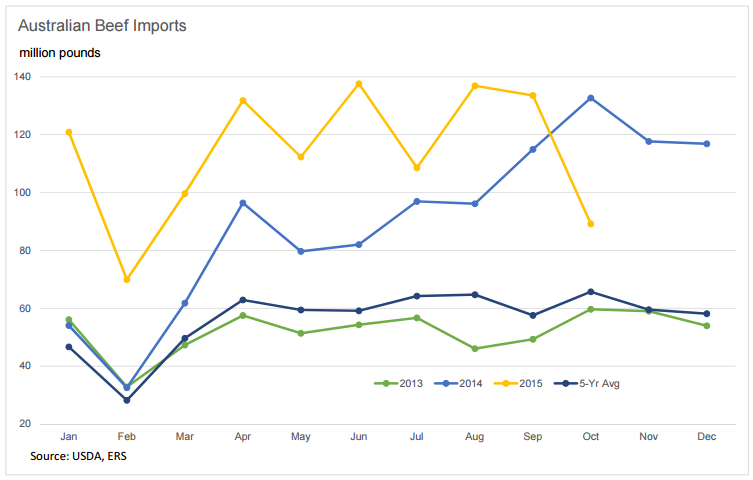 Experts say it will be interesting to see how the strength of the dollar will continue to impact trade heading into 2016. “We’ll see if the trade problems were somewhat short lived or bad news for 2016,” Koontz says.

If beef exports were to open back up with China, it would be a boost to the trade equation, increasing the value of beef on the rail by $100 per carcass.

Lesson #3: Heifer Retention Out the Window

Heifer prices were strong throughout 2013 and 2014 as the U.S. cowherd rebuilt. Now, it seems as though the market has gone in reverse.

Griffith also has seen more producers in his area holding back or buying heifers which should have probably gone onto the feedlot this year. “I guess they thought we needed to grow the cattle herd all over night, and they threw out the window that we need high-quality heifers,” Griffith says. “Those low-quality heifers should be on your dinner plate.” 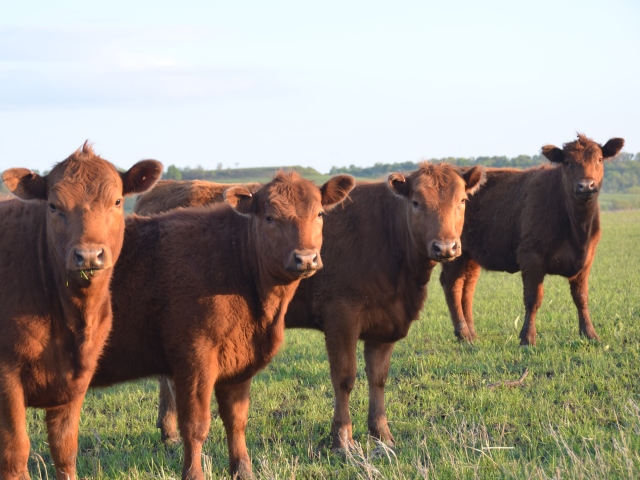 Established heifer sales like the Show-Me-Select Program in Missouri saw prices dip after reaching records last year. The 2015 November sale in Joplin was down an average of $412 per head with bred heifers selling for $2,477.

“Periodically the market reminds you that what goes up must go down,” Koontz says.

“The folks that were buying open heifers and selling them as bred heifers a few months later made really good money when that market was rallying. Now that it’s turned the corner it won’t be the case,” Koontz says. “I think that strategy is out the window for the next couple of years.”

Low corn prices have helped reduce the cost of feeding cattle, but it hasn’t helped feeder profitability and cattle are still getting bigger. “Cheaper costs of gain are not necessarily good,” Koontz says.

Feeders got into trouble during the summer when they had expected to sell at $1.50/lb. with a cost of gain running around $0.80/lb. to $0.90/lb. It had some producers holding onto cattle a little too long in hopes of better prices.

Slaughter weights went up, which put more beef onto the market. The result?  “We had a good old fashioned wreck, which hadn’t happened in a few years,” Koontz says. 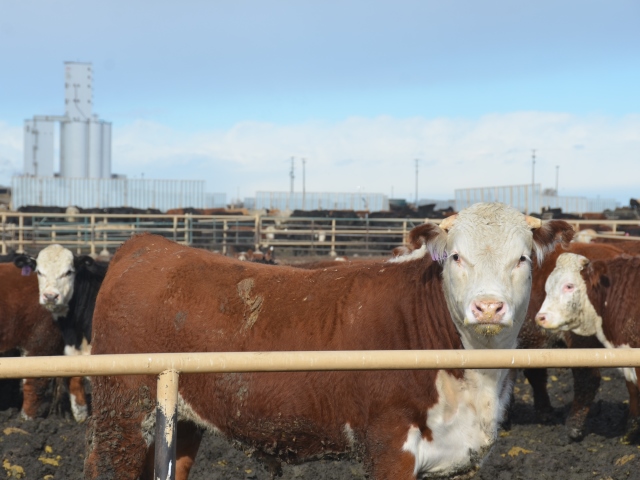 “That’s led to a significant amount of red ink in this industry,” Nalivka says. According to Sterling Marketing, cattle feeders were losing $681.03 per head last week. At this time in 2014, feeders were only seeing a per-head loss of $32.76.

Nalivka believes the current amount of money being lost at the feeder level is at or approaching record levels.

The other record being set relates to the out weights of fed cattle. Nalivka estimates an additional 20 pounds to 25 pounds of per head carcass weight has gone through packing plants, compared to last year's record.

Beef producers don’t have to look too far in the rearview mirror to recall an even lower market year--2013.

“We’ve had a heck of a ride the past two years,” Griffith says. For 2014, prices continued to rise at a nice pace with seemingly a new market high being reached weekly.

The price relationship was almost the opposite in 2015, with a decline throughout the year. Granted, the decline happened faster than the increase in prices,” Griffith admits.

“We’ve gone from this period of record prices for 18 months to a pretty sharp drop in prices in the fourth quarter of this year. We’re getting back to where things used to be,” Nalivka says.

Cow-calf profitably as calculated by Sterling Marketing was $243.05 per cow in 2013. This year it’s projected to be around $490, just $36 less than last year. “The thing I think we can count on is herd expansion will bring more calves next year, increased production and lower prices. It has been a while since we’ve had that, but that is what’s coming,” Koontz says.

He believes that downward trend will continue for quite some time until calf prices discourage cow-calf producers from holding back more replacement heifers. “It looks to me that we’re going to stay above 2013, but 2014 and 2015 are behind us and we’re not going back (to those prices),” Nalivka adds.

What were the key beef market lessons that you learned--or were reminded of--in 2015 on your operation? Let us know in the comments.