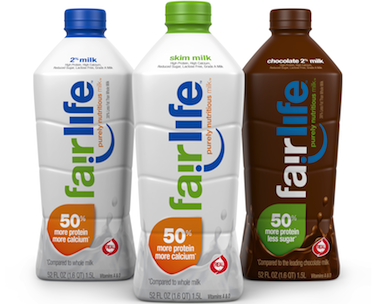 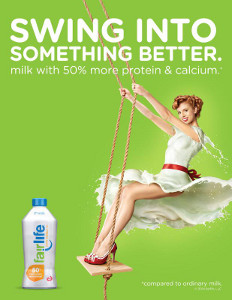 The challenge: One of every two U.S. consumers over the age of 18 drinks no milk. The new initiative is being launched to re-invigorate fluid milk sales, offering new fluid milk products available when and where consumers want them.

The seven partners include: The Coca-Cola Company in its venture with Select Milk Producers, Dairy Farmers of America, Darigold, The Kroger Company, Maryland and Virginia Milk Producers, Southeast Milk and Shamrock Farms.

Most of the $500 million pledged will be in processing plants, stainless steel infrastructure and some marketing efforts, says Tom Gallahger, DMI CEO. The dairy checkoff commitment is about $30 million.

Coca-Cola’s joint venture with Select Milk Producers will market its fairlife product nationally. Fairlife has 50% more protein and calcium and 50% less sugar than fluid milk while being lactose free.

In the Denver test market, the product has sold very well, says Mike Saint John, president of Coca-Cola North America’s Minute Maid Business Unit, which will market the product. Saint John expects it to do even better when launched nationally Dec. 15.

Gallagher notes the test market also showed fairlife did not cannibalize other fluid milk sales. In fact, just the
opposite happened. Consumers who purchased fairlife bought less soy and almond imitation milk products and increased purchases of other fluid milk.

Gallagher realizes many farmers are skeptical sales can be revived. After all, they have been in decline for 40 years.

For its part, the dairy checkoff program has learned what doesn’t work. Even though it has poured hundreds of millions of dollars into award winning advertising, sales declined. “The more generic advertising we do, the more we disincent the brands to advertise,” Gallagher says.

“But the companies we have partnered with are not in the business of losing money...Coca-Cola is not
going into this to be a commodity but to use its marketing to leverage their products,” he says.

Most of the new products will be targeted for the U.S. domestic market, Gallagher says. But the U.S. Dairy Export Council has also identified at least 1.3 billion pounds of market potential in China. Hispanic fluid markets in Mexico and South America are also being underserved, Gallagher says.