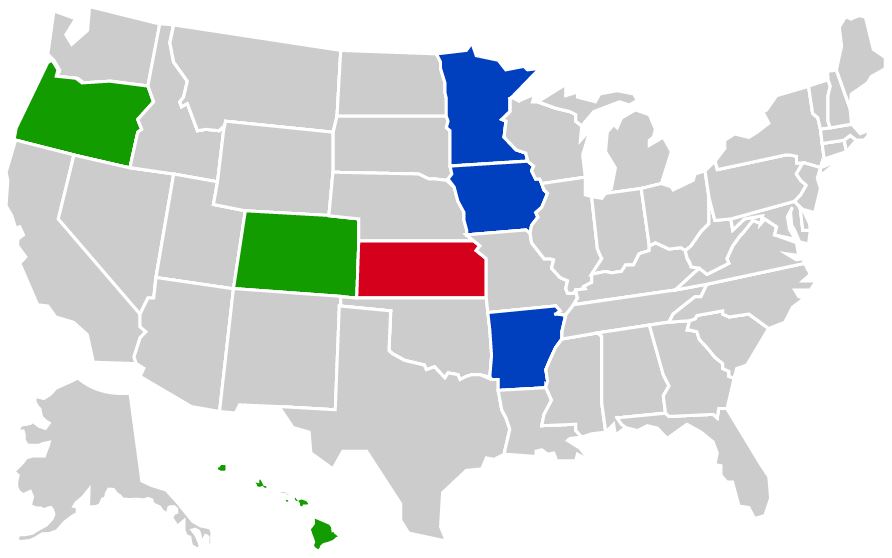 Don’t care for politics? You’re not alone, especially this year, when the approval rating for Congress falls somewhere near palmer amaranth on the popularity scale in farm country

But as frustrating as that is, the reality is that tomorrow’s midterm elections could have significant consequences for farmers, depending on the outcomes.

Here are the seven states to watch tomorrow and why:

Minnesota: U.S. Representative Collin Peterson (D-Minn.), once a possibility to become the Secretary of Agriculture, is in a tough re-election fight against Republican challenger Torrey Westrom, who is currently a Minnesota state legislator. Peterson sits on the influential House Agriculture Committee.

Iowa: This race, which could decide whether the Democrats or the Republicans control the Senate, has been a dead heat between Democrat Bruce Braley and Republican Joni Ernst, who grew up on a hog farm. In the latest poll, Ernst is 7 points ahead, with a margin of error of plus/minus 3.7 percentage points.

Kansas:  U.S. Senator Pat Roberts has long been a champion of Kansas agriculture, but he seems to have been downplaying that work in this campaign. He faces Greg Orman, a businessman running as an independent. There is no Democratic candidate in this race.

Arkansas: The 2014 Farm Bill has been a major subject of discussion in this state’s U.S. Senate race. Senator Mark Pryor (D-Ark.)  has strongly criticized Republican challenger Tom Cotton (currently a U.S. Representative) for Cotton's "no" vote on the Farm Bill.

Colorado: The state that legalized marijuana in 2014 now wants GMO labeling on foods. Known as Proposition 105, this ballot initiative has resulted in $3 million of television ad spending by supporters and $11 million by opponents.

Oregon: Like Colorado, this state’s voters will see a ballot initiative—Measure 92—that would require GMO labels on food. It too has sparked major spending on political ads and outreach. Supporters of GMO labeling in Oregon have raised $7.5 million; opponents have raised $19 million.

Hawaii: Maui County has been dealing with an ongoing legal battle over whether farmers can grow GMO crops within its borders. Voters on Tuesday will have the chance to vote on the question.

Tags:
$100 Ideas
Morning Market Audio 2/24/20
Coronavirus Fears Grow as It Rapidly Spreads to Other Countries
Signal to Noise: Trump Says Probably to MFP 3.0
Surprise! - IRS Guidance is Lacking
That fellow is in quite a pickle.