Active Jet Stream Could Pump In Moisture During Spring Planting

A muddy field is a reminder of how difficult spring planting was in 2019. As an active jet stream shapes up, it could continue to bring in moisture across portions of the Midwest.
( Farm Journal )

The active weather pattern from last week could continue to hang over much of the country. That means many areas could see more rain and even more snow.

“We continue to see wet areas in the middle of the country, as you can see, although if you really take a look at the central plains, it has dried out compared to three or four weeks ago,” says Mike Hoffman, U.S. Farm Report meteorologist.

The root zone moisture map shows the Tennessee Valley and Mississippi region, and then spanning from the Great Lakes to Montana, are areas that continue to get soaked. However, there are portions of the country seeing dry conditions persist, like in south Texas and California.

“Central California is getting drier, but good news is moisture is coming into those areas,” says Hoffman. “Hopefully we’ll begin to see some improvement in that over time.”

Each week Hoffman shows the jet stream as a way to watch what moisture systems could be popping up. He says there are signs that jet stream could inject more moisture into already saturated soils over the next week.

“It’s an interesting pattern,” explains Hoffman. “There’s a cut off that’s off the West Coast, and that always pumps in the moisture to the Southwest; it can also make its way to the Plains.”

He says the cut off in the jet stream by the middle of the week hits the Southwest, and could shoot cold air into New England.

“When you see a jet stream like this, it’s bring a lot of pacific moisture into the pattern, more than usual, and of course every system will bring in some Gulf moisture, as well.”

With a jet stream already pumping moisture into the country, Hoffman thinks that trend will continue for the next month, especially from the Gulf Coast to the lower Great Lakes. 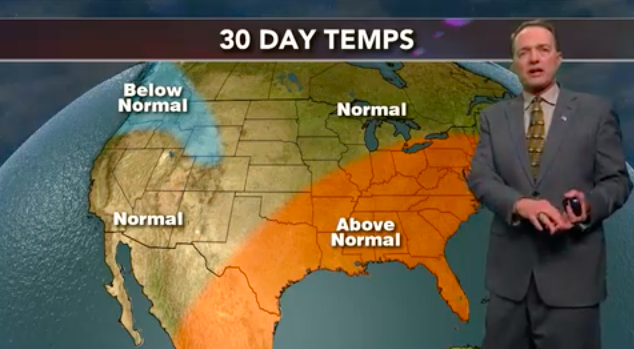 USFR Weather
They did not get mad, just even
John Phipps: Why Iron May be the Best Weed Fighting Tool Available
While $4 Corn May Be Unrealistic $3 Corn May Also Be Unlikely
Pro Farmer's First Thing Today: Wet Weather, Trade Talks and More
Kernel Rising: Cotton Could Soon Feed The World