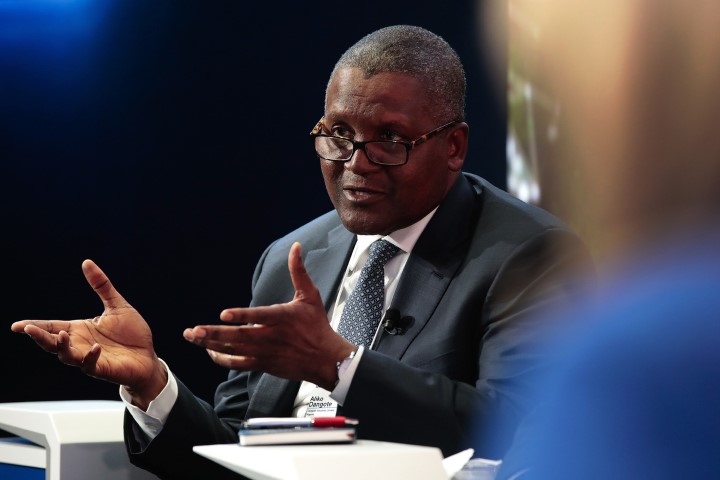 Dangote Group, controlled by Africa’s richest man, Aliko Dangote, plans to invest $3.8 billion in sugar and rice and $800 million in dairy production in the next three years as the company seeks to expand and deal with a shortage of dollars in its home market of Nigeria.

The conglomerate plans to increase its production of sugar to 1.5 million metric tons a year by 2020 from 100,000 tons now and is seeking to add 1 million tons of rice, Edwin Devakumar, executive director at Dangote’s industries unit, said Tuesday in an interview in Lagos, Nigeria’s commercial hub. The company also plans to have 50,000 cattle producing 500 million liters of milk a year by 2019, he said.

A lack of foreign exchange means companies are struggling to pay for imported goods, increasing the burden on local agriculture to meet demand for food from Nigeria’s population of more than 180 million, Devakumar said. “All raw sugar has to be imported today, same thing for flour milling,” he said.

Dangote, whose cement unit is Nigeria’s biggest listed company, has been investing in agriculture as the country’s government seeks to diversify away from oil, which accounts for 90 percent of the nation’s export earnings and the bulk of revenue. The economy, which plunged into its first recession in a quarter-century last year amid falling crude prices, is forecast by the World Bank to expand by 1.2 percent this year.

The company has established Dangote Rice Ltd. and will list the unit on the Nigerian Stock Exchange “at the appropriate time,” Devakumar said.

Dangote plans to cultivate 350,000 hectares (864,850 acres) of land for sugar cane and add 200,000 hectares for rice, according to the executive director. The company has ordered five plants for sugar milling and 10 for rice from Switzerland to be located in the north of the country, he said.

The Lagos-based company will finance the projects through “internal resources or equity funding” and loans from banks and export-credit agencies, Devakumar said. The funds will be used mainly to procure “farm-development equipment” as well as sugar and rice mills, he said.

Dangote is “at the planning stage’’ to invest in other agricultural projects including production of soybean, oil palm, palm kernel and corn, according to the executive director. It will support rice cultivation by supplying high-yield seeds, pesticides and fertilizers to contract farmers, he said.

Aliko Dangote, 60, has a net worth of $12.1 billion, according to the Bloomberg Billionaires Index. That ranks him just inside the top 100 worldwide.