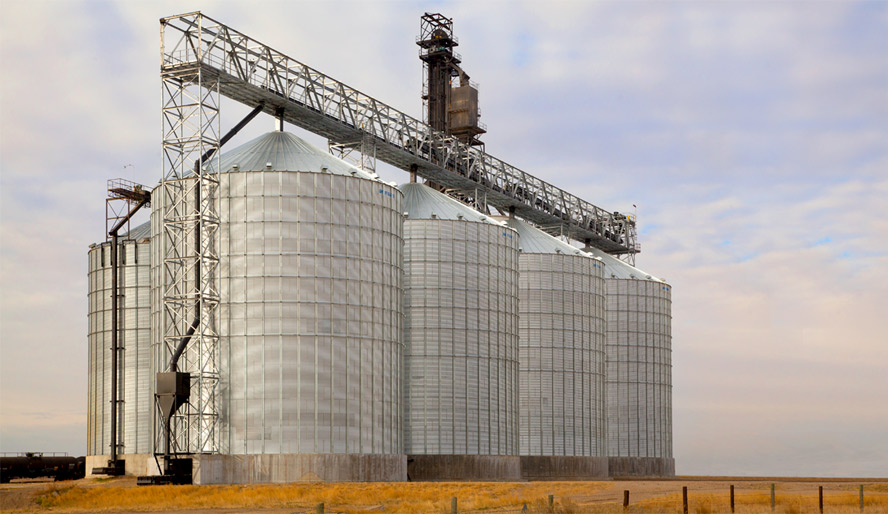 Ag Growth International Inc.’s (AGI)  slide from a record high is a buying opportunity say analysts who forecast the grain-equipment maker’s purchase of a competitor will help it profit from surging North American harvests.

Shares of the Winnipeg-based company have fallen 13 percent since reaching a record on March 11, the most among its six North American peers, after fourth-quarter earnings disappointed investors. Analysts looking 12 months ahead say its stock should be almost 20 percent higher.

“Given the pullback we saw in the last little while, I’m saying for sure this is the time to buy,” Spencer Churchill, an analyst at Paradigm Capital Inc. in Toronto, said last week by phone. He cited the company’s acquisition in November of Winnipeg-based Westeel, Canada’s largest manufacturer of grain storage bins, as a primary reason.

Ag Growth is benefiting from rising output in North America after U.S. farmers collected two consecutive record corn crops and Canadian growers produced the largest wheat and canola crops ever in 2013. Canada’s output of grains and oilseeds is expected to rise 4.5 percent to 76.9 million metric tons in 2015, the nation’s agriculture agency said in a March 20 report.

Seven analysts, including Colman, recommend buying the stock, while one has a hold, according to data compiled by Bloomberg. Six of the analysts have an average 12-month target price of C$59.83 ($47.51) a share, according to the data, which is 19.5 percent more than Ag Growth’s closing price of C$50.08 yesterday in Toronto.

The company’s growth potential following the Westeel acquisition makes it attractive for investors, said Kimberly Cheong, a Montreal-based investment officer at Montrusco Bolton Investments, which manages C$5 billion including Ag Growth shares. The stock will probably rise once the deal closes and the company may boost its dividend within 18 months of the purchase, she said.

“We could see a dividend increase that we haven’t seen from Ag Growth in a while,” Cheong said in a phone interview. The company hasn’t raised its 20-cent dividend, which yields 4.79 percent, since 2010, according to data compiled by Bloomberg. The company is projected to maintain its 20-cent payout next quarter, according to the Bloomberg dividend forecast.

Ag Growth’s sales reached a record C$400.1 million in 2014, up 12 percent from a year earlier, amid the record crop volumes in the U.S. and continued investment in North American grain- handling infrastructure, the company said March 13.

The decline in farmer income, however, will have less of an effect on Ag Growth than other equipment makers because their business depends more on crop volumes, National Bank’s Colman said. Buying equipment that moves grain from the field into bins is part of the cost of doing business and not a large capital investment, he said.

“In a period of muted or falling farmer income, we do see AFN buck that trend a little bit,” Colman said, referring to the company by it’s stock ticker.

The sharp drop in the share price following the earnings “represents a good opportunity to chip away at the stock for long-term investors,” according to a March 16 AltaCorp Capital report. The issues that affected the fourth-quarter results seem to be temporary and the company is expecting a good year in 2015 based on planting intentions, according to the report.

Corn prices have tumbled 25 percent in the past 12 months after the record U.S. crops. Farmers are poised to add to the glut as they seed 89.199 million corn acres this year, down from 90.597 million last year, but higher than previously forecast.

“When prices are low, farmers want to tend to store corn on farm and they look to wait it out and not sell into weak markets,” Paradigm Capital’s Churchill said.