Alfalfa’s First Cutting not Far Off; Time to Think About Fertilization 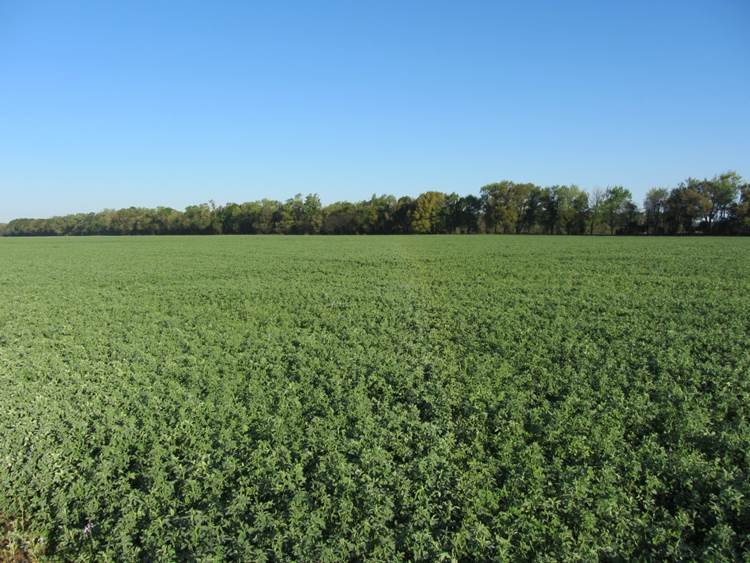 Alfalfa loves potassium and phosphorus and growers will soon need to apply both to keep that legume stand going, said Dirk Philipp, assistant professor for the University of Arkansas System Division of Agriculture.

“The alfalfa crop removes both elements at relatively high rates compared with other nutrients,” he said. The legume can remove phosphorus at the rate of 15 pounds per ton and potassium at a rate of 60 pounds per ton.

However, ensuring alfalfa has these nutrients means more than just putting these elements into the soil. The plant’s ability to take up phosphorus can be affected by soil pH – both high and low values can impair the plant’s ability to take up the element. Low soil temperatures, poorly aerated soils and soil compaction can also limit phosphorus uptake.

Factors impairing potassium uptake include compaction, cooler soil temperatures and the presence of large amounts of cations such as magnesium, calcium and sodium.

Alfalfa does not live on potassium and phosphorus alone and also needs boron and copper as micronutrients in small quantities.

“Unlike potassium and phosphorus, boron and copper can’t be applied in advance to be stored in the soil, but need to be applied on an as-needed basis,” he said. The availability of those micronutrients can be reduced if the soil has a pH higher than 7. “So applying more lime than needed is not recommended.”