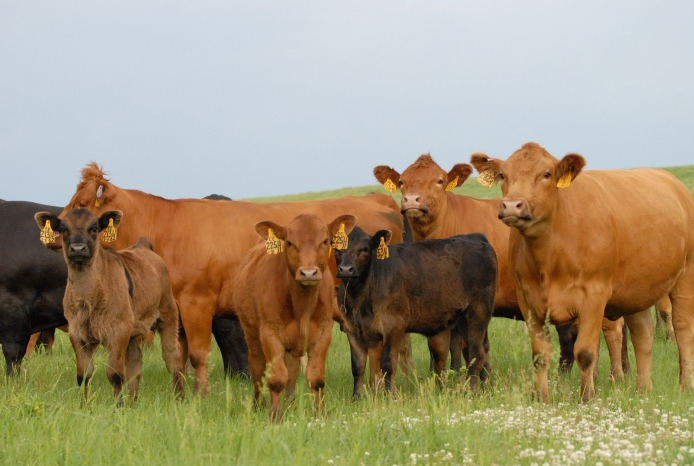 The American Gelbvieh Association (AGA) is excited to announce the release of the Maternal Edge Female Profile for producers to use on commercial females. This DNA profile, done in conjunction with Geneseek®, is a low-density panel to be used by producers as a sorting tool for Gelbvieh influenced commercial females.

Traits included in the panel are calving ease, maternal calving ease, weaning weight, yield grade, marbling, and carcass weight. These traits are measured for the female against the entire Gelbvieh population with Molecular Breeding Values (MBVs). Each female tested with the Maternal Edge Female Profile will receive a score of 1 to 10 for each of the six traits.

The Maternal Edge Female Profile has heavy emphasis on maternal characteristics but also includes end-product traits as well. Because the majority of steer calves and a portion of heifers out of a cowherd end up in a feedyard, it is beneficial for more than just maternal traits to be evaluated in a commercial female panel.

Parent verification is also included in the panel, if the option is selected on the order form and sire and dam have parentage markers on file with the AGA.

"We are excited to offer this tool to members and commercial producers as a way to choose superior females in their herd and gain a competitive maternal edge in the beef industry," says Kari White, American Gelbvieh Association breed improvement data analyst.

Starting Monday, November 17, 2014, producers will be able to order this profile online at www.gelbvieh.org.

For more information about the Maternal Edge Female Profile and how to order, visit the DNA Testing page under the education center tab at www.gelbvieh.org or contact Kari White at [email protected].