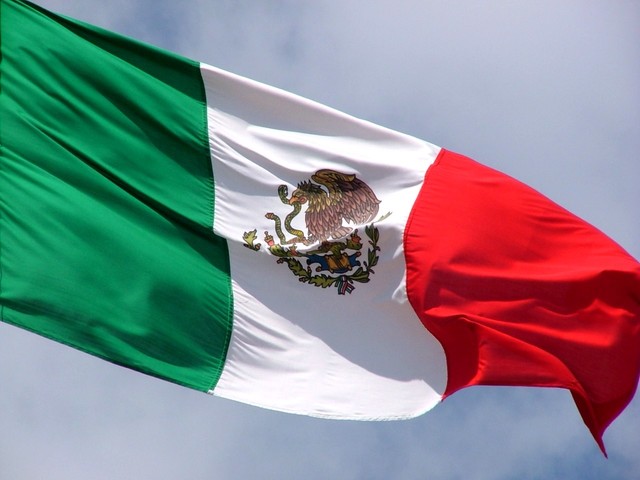 With a tweet on Tuesday morning, President Donald Trump told Wisconsin dairy farmers—and the world—that America “will not stand for” the Canadian policies he says are hurting U.S. exports:

Canada has made business for our dairy farmers in Wisconsin and other border states very difficult. We will not stand for this. Watch!

Don't let the fake media tell you that I have changed my position on the WALL. It will get built and help stop drugs, human trafficking etc.

Even as the Trump administration jousts with Canada over its latest trade dispute, it might want to keep a closer eye on Mexico, America’s No. 1 one dairy importer. Its southern neighbor, which figures prominently in the U.S. government’s crime and immigration rhetoric, spent almost twice as much money as Canada did on U.S. dairy in 2016. That’s $1.2 billion.

Now it appears Mexico is looking for new trading partners.

In the first two months of 2017, Mexico increased its imports of skim milk powder from the European Union by 122 percent over last year, according to the EU Milk Market Observatory (as first reported by the Irish Farm Journal). Mexico has also been exploring talks with dairy powerhouse New Zealand. That country’s trade minister visited Mexico City in February to discuss a potential trade deal.

Why the moves by Mexico? In a word: Trump.

“Mexico is looking to make sure they have market alternatives because of the rhetoric from the U.S. on renegotiating NAFTA,” said D. Scott Brown, who teaches agricultural and applied economics at the University of Missouri, referring to the North American Free Trade Agreement. “This may be an opportunity to find other places for skim milk powder.” Rabobank also reported that tensions between the U.S. and Mexico are the reason for Mexico’s changing dairy purchasing strategy.

These products are “the barometer for what’s going on in world markets.”

While most Americans probably aren’t looking for skim milk powder at the supermarket, it’s a major export product (along with nonfat dry milk) because it has low moisture content and a longer shelf life. These products are “the barometer for what’s going on in world markets,” said Ben Laine, an economist at CoBank Acb.

The U.S. Dairy Export Council, currently led by Obama-era Secretary of Agriculture Tom Vilsack, is stressing the importance of U.S. dairy to Mexico. “We all have an opportunity and a responsibility to maintain and strengthen relationships with those that we work with in Mexico, to reassure them that we’re going to continue to be open for business,” he said at the Dairy Forum in late January. “The relationships at the ground level, at the grass-roots level, can oftentimes overcome any stormy seas that might be created by comments coming from Washington.”

For now, those relationships seem to be holding: Exports of skim milk powder and nonfat dry milk powder to Mexico were up 14 percent in January and February from the same period a year earlier, according to the Dairy Export Council, which also stresses that it ships significantly more of the products than the EU. That 122 percent increase brought the EU to only about 4,000 tons. In that time, the U.S. sent about 45,000 tons to Mexico. More than 70 percent of Mexico’s dairy imports come from America. In total, the U.S. exports about 15 percent of its dairy production.

But the surge in imports from the EU could signal a changing dairy landscape.

“We’re still seeing strong exports from the U.S.,” Laine noted, “but it does make people nervous, makes the markets nervous, even though there’s no policy changes yet.”

And it’s not just the NAFTA talk. Demanding that Mexico pay for a border wall and taking a hard line on immigration likely have an impact, too. “It’s probably some combination,” Laine said. “I think some of the rhetoric early on, that’s what shook up the markets initially. Concerns around NAFTA and trade are what’s keeping the markets worried.”