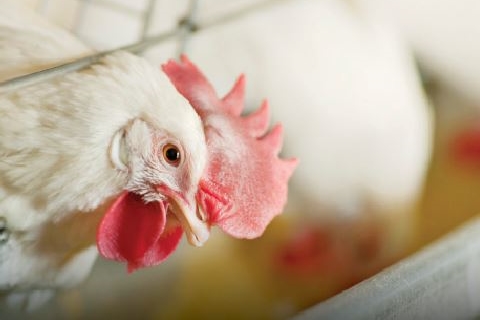 An Arkansas lawmaker said March 25 that the state should ban California wine as retribution for the West Coast state's law requiring egg-laying hens to be able to stand up, turn around and fully extend their wings.

The House voted 57-19 to advance to the Senate a bill that outlaws wine imports from any state that imposes a "substantial burden" on the Arkansas agriculture industry. The Secretary of the Arkansas Agriculture Department would determine what is burdensome under the bill. The Director of the Alcoholic Beverage Control Division would be able to sanction or revoke a license of a business that broke the law.

Republican Rep. Dan Douglas of Bentonville said California's voter-approved 2008 egg law has created a "nightmare" for Arkansas producers. The California Legislature in 2010 extended those requirements to all eggs sold in the state — which has barred some Arkansas eggs from cooped-up hens.

"We have to show the state of California they cannot force their standards on us," Douglas said.

Douglas also warned lawmakers that the egg ban is a slippery slope that could lead to other infringements.

"It's eggs today. Is it chickens tomorrow or cattle on down the road? Is it air quality restrictions?" Douglas said. "This could be just the beginning."

Douglas previously said he wrote the bill primarily to send a strong anti-regulation message to California legislators. The bill targets only wine imports, he said, because California exports lots of wine.

Charles Singleton, a lobbyist for the state's wine and alcohol wholesalers, previously estimated that about 90 percent of the wine sold in Arkansas comes from California and that the proposed law would disrupt existing distribution contracts.

Republican Rep. Stephen Meeks of Greenbrier voted against the bill and said the ban would harm Arkansas residents by limiting what they can buy. He also worried the bill could prompt retaliation from California lawmakers.

"Where does it end?" Meeks asked. "When states start issuing tariffs against each other or putting up a lot of barriers I think that's probably not a good precedent to set for the economic future of the country."

House Speaker Jeremy Gillam, R-Judsonia, said after the vote that he wasn't surprised it passed but declined to say whether he supports it.

"The important thing to take away from this is no one state operates in a vacuum," Gillam said.