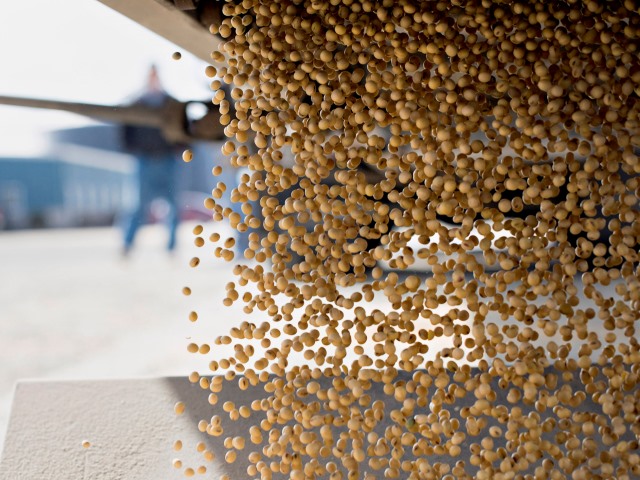 Now that Bayer AG’s bid for seed giant Monsanto Co. is out of the bag, attention has turned to how much the German company will need to pay. The value of the transaction could top $63 billion, according to some analysts tracking the situation.

So far, neither side has disclosed the terms or structure of the deal. That’s triggered speculation over how Bayer will finance what would be the largest ever takeover by a German company.

In terms of what Monsanto investors stand to get paid, estimates compiled by Bloomberg range from $120 to $150 a share. That implies a deal premium of as much as 66 percent based on St. Louis-based Monsanto’s closing price on May 11, the day before Bloomberg News was first to report that Bayer was considering an approach.

“Monsanto will not come cheap and may not be the best option for Bayer
shareholders,” Alistair Campbell, an analyst at Berenberg in London who sees an offer price of $120 to $125, said in a note to clients on Friday. “We cannot see how Bayer can do this deal without a significant equity component.”

To get to $150 a share, Susquehanna Financial Group analyst Don Carson cites China National Chemical Corp.’s February agreement to acquire Syngenta AG, a Swiss pesticide maker. ChemChina, as the company is also known, entered into merger talks with a commitment to pay more than 16 times earnings before interest, taxes, depreciation and amortization, Carson said in a note Thursday. A similar multiple means Bayer would need to offer $145 a share for Monsanto, he said, a price that would value the U.S. company’s equity at $63 billion.

Monsanto rose 1 percent to close at $101.52 in New York on Friday. That gives it a market capitalization of $44.3 billion. Spokesmen for Bayer and Monsanto declined to comment on potential terms of a deal.

The comparison with the Syngenta deal was also cited by Richard Bourke, a senior analyst at Bloomberg Intelligence, who said Bayer may need to offer at least $139 a share. Similarly, Jefferies LLC analysts Laurence Alexander and Jeffrey Holford point to Syngenta’s experience with ChemChina and say Monsanto is likely to reject any bid at less than $150 per share.

“Monsanto will argue they need the same multiple, if not a higher multiple than Syngenta got,” Bourke said. “They would argue that they are a better company as seeds is a higher growth, higher-margin business.”

At the higher end of the range of estimates, affordability becomes an issue for Bayer. While analysts at Sanford C. Bernstein & Co. said in a note Thursday that the company will likely have to pay about $120 to $125 a share to get the deal done, the purchase would in fact only be break-even on an earnings-per-share basis at $108, and that would be with Bayer raising $15 billion in debt and $27 billion from equity sales.

Concern about how Bayer might finance a deal sent its stock plunging the most in seven years on Thursday after the Leverkusen-based drugmaker confirmed its interest in Monsanto. Bayer risks losing its investment-grade rating because of the potential merger, according to Carol Levenson, director of research at Gimme Credit. The deal could put Bayer’s ability to grow its other, non-agricultural businesses in jeopardy.

“Bayer’s pharma business is in excellent health today, but the clock is ticking regarding rebuilding its pipeline,” Berenberg’s Campbell said. “Will a stretched deal to acquire Monsanto impair its ability to supplement the pharma pipeline from external sources? We think that’s a real risk.”