Bighorn Ruling Could Have Ramifications on Western Grazing 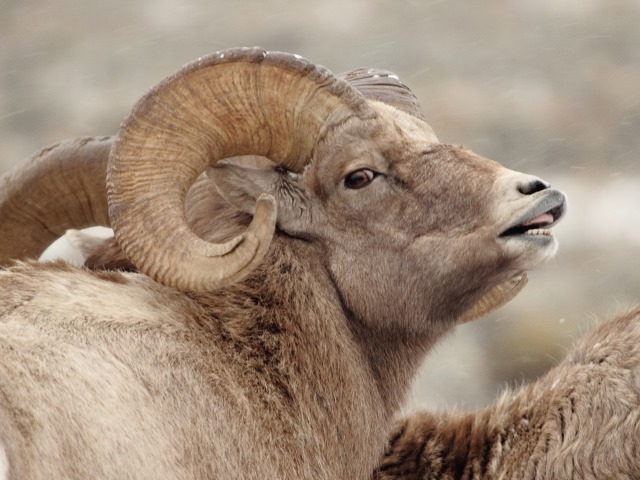 A ruling by the 9th U.S. Circuit Court of Appeals recognizing a connection between bighorn sheep die-offs and diseases transmitted by domestic sheep could have far-reaching ramifications on federal grazing allotments in the West.

"A lot of people were looking at this waiting to see what they did," said Laurie Rule of Advocates for the West, noting it's the first time a U.S. circuit court has ruled on disease transmission between the species.

The ruling gives the Forest Service legal backing to look at other areas in the West where domestic sheep grazing should be limited to protect bighorns, she said, or for environmental groups "to try to force the Forest Service to do it if they're not going to do it on their own."

The Idaho Wool Growers Association and others sued in 2012, contending that the U.S. Forest Service illegally shut down 70 percent of sheep grazing in the Payette National Forest in west-central Idaho based on unproven disease transmission between domestic and bighorn sheep.

But a U.S. district court — and now a federal appeals court— disagreed.

"There's that possibility that it could be used on other forests," said Stan Boyd, executive director of the Idaho Wool Growers Association. He said the association was considering its next move involving possible legal action.

Kristine Lee, director of Natural Resources for the U.S. Forest Service's Intermountain Region, said the agency already had a strategy before the circuit court ruling.

"For us, what it does, it supports our strategy to look at and analyze the risk of contact between bighorn and domestic sheep through our regulations," she said. "Bottom line, the court ruling does not alter what we're doing."

North America had about 2 million bighorn sheep before numbers declined starting in the late 1800s to about 10 percent of that, the circuit court decision said, with over-hunting, habitat loss, food competition and disease transmission from domestic sheep generally cited as reasons.

The Idaho Department of Fish and Game estimated the state's bighorn population at 3,065 in March 2015, up from about 2,900 the year before. About 1,500 of those are in the Salmon River Mountains and Hells Canyon in the western part of the state, which includes the areas where the sheep grazing allotments were closed.

The Payette National Forest came out with a management plan in the early 2000s that environmental groups contended didn't protect bighorn sheep habitat from domestic sheep diseases. Forest managers tried again with the goal of maintaining a viable population of bighorns.

That closure led to the lawsuit by domestic sheep growers in 2012.

In 2014, a federal judge for the District of Idaho ruled against the domestic sheep growers. The appeals court upheld that decision.

Many Western states eager to bolster the populations of bighorn sheep, a coveted big game animal among hunters, have been active in transplanting bighorns. But recurring die-offs from disease have stymied efforts in many areas.

The Idaho Department of Fish and Game transplanted bighorns but hasn't since state lawmakers in 2009 — in the midst of sheep grazing being shut down in much of the Payette National Forest — approved a law backed by domestic sheep producers aimed at protecting allotments.

Jim Jeffres of the Idaho Wild Sheep Foundation said the law views bighorns as invaders in areas with domestic sheep. He said that put an end to efforts to transplant bighorns because the wild sheep would just die without measures to prevent them from mingling with domestic sheep.

"With the politics involved it's extremely difficult for any state agency to address this, and it's politically unsafe for a lot of federal agencies to push this," he said.

Boyd said the number of domestic sheep in Idaho has dropped from 2.7 million in the 1930s to about 185,000. He cited land restrictions, predators and problems getting reliable labor. But he said markets for sheep products are strong.

"We just keep plugging on," he said, noting one possible solution for sheep producers is some type of vaccine that could prevent disease transmission to bighorns.

"Hopefully one of these days we'll figure something out that will help ease the pressure," he said.