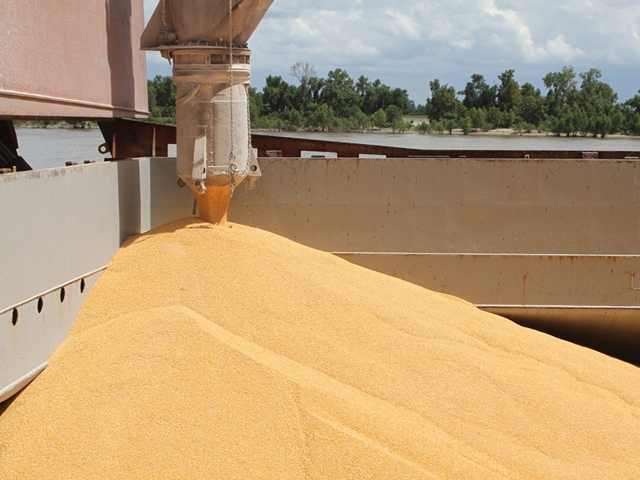 Locked in a biotech corn battle that may set major legal precedent, one side is claiming free market protections while the other points to the consequences of a poisoned export well.

“There’s not a comparable case that I can recall,” says Harrison Pittman, director of the National Agricultural Law Center. “One heavyweight suing another heavyweight over the commercial use of GM products and delivery into the global marketplace could end up being colossal. When you step back and look at the lawsuits that have already been filed and the amounts of damages alleged, the potential impact on parties involved and international agricultural trade, and testing of established industry standards on seeking GM import approval in other countries, it would be very difficult to point to another case that has such potential magnitude.”

Pittman believes the financial ramifications could carry tremendous consequences. “Syngenta may have made good money in the short-term by putting the product on the market, but will the short-term profits come back to haunt them and possibly others in the long-term? It is too early to tell, but this is an issue the industry will want to watch play out, especially in light of falling commodity prices and expected harvest levels.” An NGFA report released in April estimates MIR 162-related export losses to U.S. farmers and grain marketers in the multi-billions for 2013-14.

Syngenta spent $200 million developing MIR 162 corn and sold Agrisure Viptera aware that a market disruption could develop in the supply chain. Are they liable in a free market? MIR 162 is not associated with any health issues, environmental concerns, and is authorized in other major export markets: Japan, Mexico, and the EU. “It’s clear that Cargill has suffered meaningful losses. However, I think Syngenta will ask the judge to throw out the case for lack of cause. There’s no contract between Syngenta and Cargill; and therefore no breach of contract. Syngenta may argue that one firm’s commercial decision may have negative consequences for another firm, but that’s not basis for legal action,” notes Senior Fellow Daniel Pearson, Trade Policy Studies, CATO Institute. “Stay tuned to this issue for the next few years because it isn’t going away. There is no legal magic wand.”

Pearson says Syngenta’s relationship with growers may be at stake. “Farmers are directly taking a big chunk of the loss through a lower market price as Chinese demand dries up for corn and dried distillers grains with solubles. China is the biggest export market for U.S. DDGS and the commercial effect is very real.” In addition, Pearson believes the export storm may worsen as Syngenta allowed limited planting of a newer trait in 2014, Agrisure Duracade, which lacks approval in China or the EU.

What are China’s motivations? A medium-term view is most relevant, according to Pearson: China wants to whittle down its massive corn stocks. “Their corn policy is screwed up because they keep the domestic price high – around double the U.S. value. That creates a tremendous commercial incentive to import corn from lower-priced origins, including the U.S. Using MIR 162 as a justification for blocking imports may help China to reduce its stocks.”

The MIR 162 case is breaking new judicial ground in a contradictory clash of market freedom versus market responsibility – a complicated Gordian knot for agriculture and U.S. farmers.

“Even if China’s reasons for rejection are not appropriate, the unfortunate fact is not everyone in the world agrees with biotechnology at the same scope and level of the United States and other countries,” says Pittman. “In the long-term, the answer is painfully obvious – something is going to have to give as this issue plays out in court and the global marketplace for U.S. agricultural commodities.”