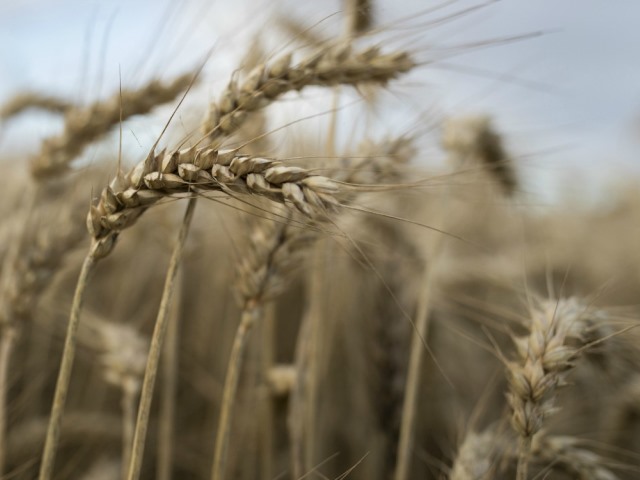 Wheat growers in Nigeria’s northeast have abandoned their farms under the onslaught of the Boko Haram Islamist insurgency, a setback for the country’s efforts to cut imports by boosting local production, a research agency said.

“Wheat production in the zone has declined to just 20 percent of what it used to be due to insurgency,” Oluwashina Olabanji, executive director of the Lake Chad Research Institute, said in an interview in the northeastern city of Maiduguri, the Borno state capital. Borno, which used to account for about a quarter of Nigeria’s production, currently grows no wheat, he said.

Nigeria produced an average of 80,000 metric tons of wheat a year for decades until the introduction of a new variety in the 2012-13 season that tripled the average yield to as much as 6 tons per hectare (2.47 acres), increasing output to 400,000 tons in 2015-16 as more areas were cultivated, according to the institute. This compares with the output of 3.3 million tons during the same period by Ethiopia, sub-Saharan Africa’s biggest producer.

This new variety hasn’t been introduced to Borno, with most of the wheat-growing areas under occupation or within reach of the Islamist militants, Olabanji said. Production is expected to be little changed in the current season because many farmers have fled their land, according to the agency.

Nigeria is expected to import 4.1 million tons of wheat in the 2016-17 season, compared with the 4.3 million tons imported in 2015-2016, according to the U.S. Department of Agriculture. The country’s rain-fed wheat, typically planted in October and harvested in April, is grown in 13 states in the northeast and other highland areas.

Nigeria’s combined output of wheat, rice, corn and sorghum will probably decline to 16.3 million tons in 2017-18, from almost 16.5 million tons a year earlier, the USDA’s Foreign Agricultural Service said in a report this month.

Borno faces an elevated risk of famine, with the number of people affected forecast to roughly double to 115,000 this year because the violence has forced people to flee their homes and farms, according to the UN’s Food and Agriculture Organization.

“The majority of the farmers who should’ve been trying out the new varieties are now at internally displaced camps depending solely on what is being provided for them,” Abubakar Gamandi, chairman of the Farmers Association in the region, said in a April 18 phone interview from Maiduguri.

Nigeria is battling an insurgency by Boko Haram to impose its version of Islamic rule on Africa’s most populous country of more than 180 million people. The conflict has spilled over to neighboring countries and tens of thousands of people have died in the group’s violent campaign. The militants have caused $9 billion of damage since the beginning of their insurgency in 2009, according to the United Nations.

Fannami Modu, who had a three-hectare wheat farm in the town of Marte, said his farm was burned when insurgents raided the place in 2012.

“I used to earn a lot from wheat,” he said. “It was devastating when they destroyed our crops.”