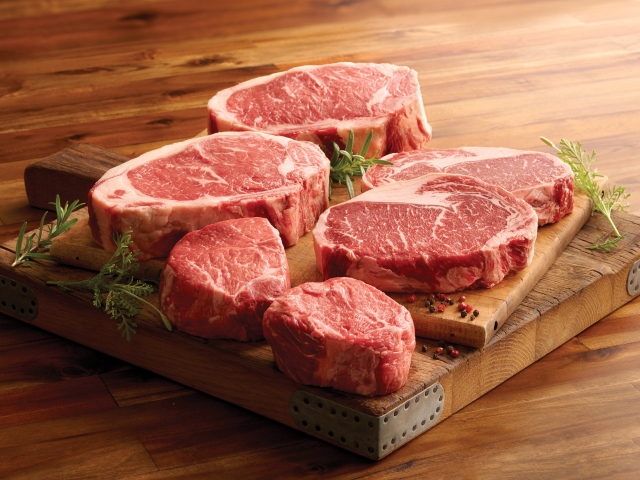 The Seminole Tribe of Florida has been in the beef business since 1521, when Spanish Conquistadors first brought cattle to America. Only recently did the tribe get involved in selling its beef directly to consumers.

The tribe is leveraging the trend across the country of consumers who want to know more about their food and consume more local products. Beef producers such as the Seminoles have caught on and are seeing success with branded-beef programs.

Getting into the branded-beef business might seem difficult at first, but in the end it primarily requires establishing relationships with a processor and a distributor.

Name-Brand Partners. Seminole Pride Beef started in June 2013 as a program to help market some of the calves that are born from the nearly 14,000 cows tribal members own across Florida. The process of putting together the program took place over the past 12 years.

“We launched it, and it went over like hot cakes,” says Alex Johns, natural resource director for the Seminole Tribe. The tribe couldn’t meet demand with just its own cattle, so the program opened up to local ranchers whose cattle meet the specifications of Seminole Pride.

“We want this to be a Florida program,” Johns says. Calves originating from the Seminole Tribe’s herd add nearly $200 in value on a per-head basis when going through the branded program. Purchased calves from other Florida ranches earn $50 per head more compared to traditional market channels.

“The biggest benefit of owning cattle all the way through to the box for us is that it spreads our risk over the different segments of the industry. It gives us more marketing options,” Johns adds.

Seminole Pride is in more than 200 restaurants and small retail outlets in the Sunshine State.

Ranchers and consumers aren’t the only stakeholders seeing benefits. Florida businesses have been vital in getting Seminole Pride from pasture to plate.

For example, a partnership with Quincey Cattle Co. in Chiefland, Fla., means cattle are fed in-state. This past year, 6,000 calves went through the feedlot for Seminole Pride. For 2016, program managers are aiming for 10,000.

A packing plant in central Florida has agreed to handle all of the processing of the feeder cattle. Family-owned distributor Cheney Brothers ensures the finished product makes its way to restaurants.

Steak Success. In central Texas, a branded-beef program joined 44 Farms’ seedstock portfolio in 2012 to capitalize on quality Angus genetics sold throughout the U.S.

“It was always a goal of ours to have a branded-beef program,” says Doug Slattery, chief operating officer at 44 Farms.

The process sped up five years ago when carcass results from a group of home-raised, fed-out calves showed an excellent quality grade. Nearly 1,300 bulls are marketed annually from the Cameron, Texas-based operation to cow-calf producers, who have the opportunity to sell their calves back to 44 Farms.

Purchased calves are then fed by 44 Farms through a custom feeder in Hereford, Texas. The cattle end up at a packer in Amarillo and are processed into a variety of beef products under the 44 Steaks label. Only cattle grading Prime or Choice are marketed as 44 Steaks. Select grade or lower calves are sold through traditional channels.

44 Steaks’ labeled beef can be found in 175 restaurants. Nearly 90% of those restaurants are located across Texas, but thanks to a good relationship with the distributor, 44 Steaks also is in Utah and Louisiana. Boxed beef cuts and jerky can be purchased at a retail outlet in Houston and online.

Although middle meats such as filets, ribeyes and strips typically are easier to market than hamburger grind, that hasn’t been the case for 44 Steaks. “That’s been the real surprising thing,” Slattery says. “We’ve been able to market everything.” Newer upscale hamburger restaurants in large metropolitan areas such as Dallas, Austin and Houston have helped increase the demand for grind.

He relays that it does take time to find and forge partnerships with beef processors and distributors.

Yet once those parts of the equation are solved, there is a niche market to be had. “People will pay a premium for a quality product,” Slattery points out.

“We wanted to create a brand so that our beef was not a commodity,” Rob says. “We wanted to be something other producers were not.”

In 2011, they contacted management at the historic and nearby Hershey Hotel. The following week, the head chef for the hotel’s Harvest Restaurant called back, excited to feature locally raised beef. Bow Creek is now the featured brand on the menu, and approximately 10 head of calves are marketed to the hotel each year.

Other calves have been sold locally in 1⁄8 shares to consumers. The packages include about 50 lb. of beef selling for $439.