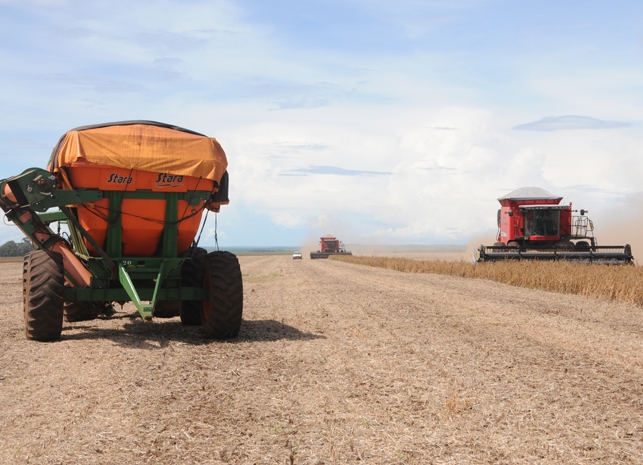 It was advertised as Brazil’s “new frontier,” the vast savanna running alongside the Amazon jungle that would help meet China’s insatiable demand for food. The farmers of Brazil heeded that call, razing trees, plowing virgin land and planting soybeans at a frenetic pace for much of the past decade.

Now, soybean demand from China has slowed and the world supply has increased amid a record U.S. crop, denting international prices. In parts of northeastern Brazil, so little rain has fallen in the last four years that farmers find themselves stuck in what is the worst agriculture crisis to hit the country in a decade. Productivity in the new frontier in the latest season fell 40 percent below the country’s main soybean-growing region, known as the Center-South. A year ago, the northeast trailed by 6 percent, according to Conab, Brazil’s crop-data agency.

“Farmers should always be prepared for possible losses, but nobody is ready for a 40 percent loss,” said Walter Horita, a soybean and cotton farmer who has been in Bahia for 33 years. “That scares even experienced producers. Can you imagine investors with no history in the region? They run away.”

There’s never a good time for drought, certainly, but the northeast’s dry weather has arrived at a particularly devastating time for the world’s biggest soybean exporter. In the midst of Brazil’s economic and political turmoil, the country’s interest rate is the highest in a decade, up to 14.25 percent from 7.25 percent, hurting farmers who use floating-rate loans to borrow for tractors, land and seed.

Adding to the problem is the general unsuitability of the region for agriculture. Brazil’s northeastern interior is famous for year-round high temperatures and the variability of rainfall. Rain is typically less than 400 millimeters (15.7 inches) per year, far from the country’s average of more than 1,200 millimeters last year, according to Brazil’s Meteorology Institute, known as Inmet.

So weather challenges in the region, called Matopiba after the first two letters of Maranhao, Tocantins, Piaui and Bahia states, shouldn’t have flabbergasted farmers and investors. What’s been surprising is the voracious appetite for planting there.

Agrifirma Brasil Agropecuaria Ltda., backed by financier Jacob Rothschild, spearheaded the soybean boom in Matopiba by cultivating 18,000 hectares (44,500 acres). Agrifirma is now leading the retreat. The company is switching to crops more tolerant to drought, such as sorghum and feed grasses, after farmers in the driest part of the region watched helplessly as much of this year’s soybean harvest withered under rainless skies. 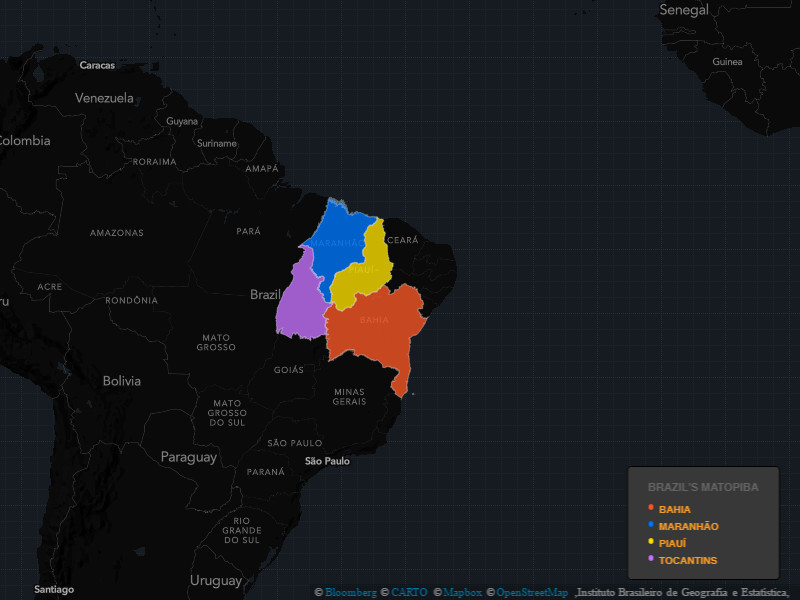 “You can’t survive in the region without having at least part of the crop under irrigation,” said Mariana Duarte, a director at Agrifirma. “We’re looking to diversify to mitigate the weather risk.”

This year, rain at SLC’s Fazenda Panorama farm, in the Bahia city of Correntina, was only 22 percent of the historic average for the second quarter, a time when the soybean crop is at its crucial development stages, according to a company presentation. 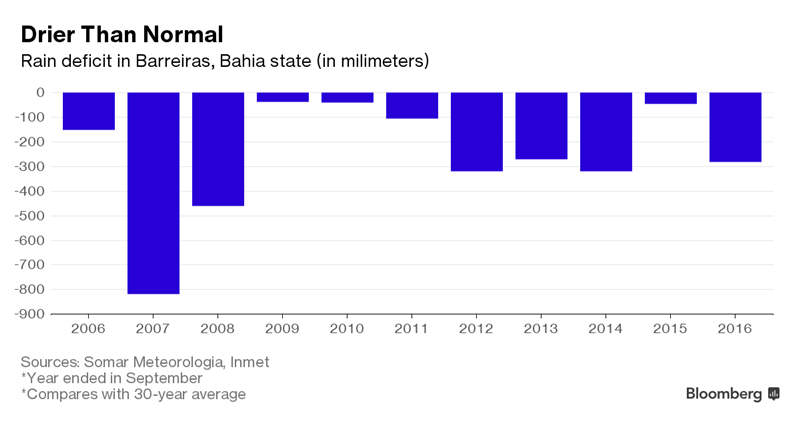 Vanguarda Agro SA, Brazil’s second-largest farming group, has been gradually moving out of Matopiba since 2014 and won’t plant a single hectare in the region this year, said CEO Arlindo Moura. From now on, the company will focus its production in the west-central state of Mato Grosso, Moura said. Mato Grosso is Brazil’s largest soybean and corn producer.

Moura said the investment needed to transform scrubland into farmland is no longer feasible following the decline in soybean prices over the past few years.

“When the soybean price was at $15 a bushel, every piece of land was good for planting,” Moura said in an interview. “With soybeans under $10, you have to produce more than 50 bags per hectare (44.6 bushels per acre).”

Soybean grower Agrinvest Brasil SA has reduced its planting in Maranhao to about 60,000 hectares from as many as 85,000 hectares in 2012, said Roberto Barreto Martins, the company’s chief executive officer. Agrinvest has also postponed plans to expand in Piaui, Martins said in an interview.

Even though the soybean frenzy promoted by the Brazilian government overlooked the typically dry conditions in Matopiba, the region has productive areas with potential to become the “new frontier” once again, Anderson Galvao, director of consulting firm Celeres, said in an interview.

“Expansion will continue there,” Galvao said, “albeit at a slower pace.”