Buying Grain at a Farmer's Doorstep 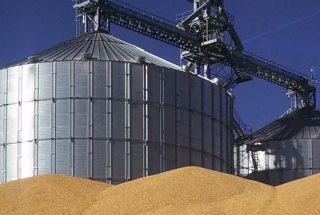 Efficiency doesn’t only apply to yield, inputs and time—it now applies to direct grain marketing. Eight years in the making, Grainster.com is the marriage of grain marketing and social media, serving as a medium to match sellers and buyers. Farmers post their grain for sale on the website and sell directly to end-user buyers.

“Grainster eliminates the marketing middlemen,” says Layne Fortenberry, president, Grainster, Little Rock, Ark. “Selling grain gets so convoluted with so many hands taking a fee between the farmer and the end user. Grainster makes the farmer more money and saves the end user more money. It also lets end users find the quality of grain they’re looking for without dealing with a chain of handling.”

The system is relatively simple: A farmer goes on Grainster and lists the amount of soybeans, corn, wheat or rice he wants to sell and includes a phone number and email. The buyer  contacts the farmer and negotiates a deal. Grainster charges an annual fee of $500. After the initial $500, a farmer can conduct as many transactions as he chooses on the site.

For some farmers, there is no better time for a direct-marketing system that offers change and transparency. Grainster went live in August 2014, days after the scandal broke involving Turner Grain Merchandising, based in Brinkley, Ark. A major grain dealer, Turner Grain’s collapse left farmers in four states holding empty bags valued between $50 million to $100 million.

Arkansas Secretary of Agriculture Butch Calhoun believes Grainster’s arrival comes at the right time. “Grainster is an opportunity for farmers to sell their products beyond local areas, and it also gives farmers a bigger range of people to trade with—state, nation and around the world,” he says. “The way we do business is always shifting, and Grainster is a tool for farmers as times change.”