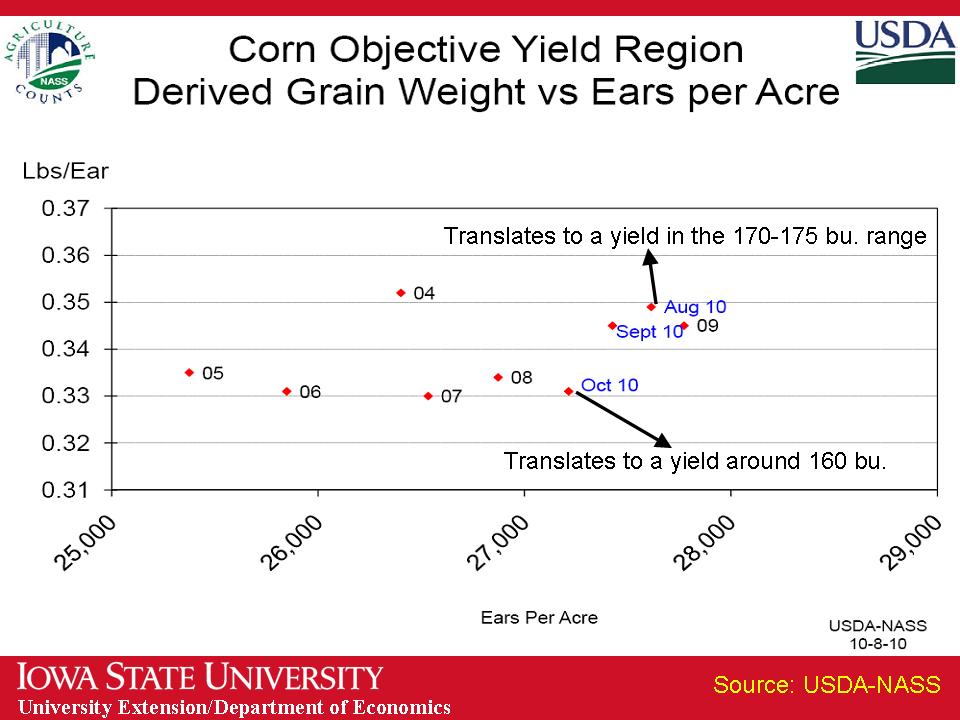 Corn traders are eagerly waiting for Tuesday’s November Crop Production Report to see if more yield will come off of their estimates. If the national yield continues to drop, expect to see growing concern over corn supply by the end of this marketing year, says Chad Hart, grain marketing specialist.

"Most of the pre-estimates I’m hearing are another 1 to 2 bushels off. That would put us in the 153-154 range as far as yields are concerned. That would get ending stocks down to about 700 million bushels. That’s incredibly tight for the corn market. It’s not quite as bad as 1995, but we’ve never been that low besides then. That’s the thing we’re watching for here and that’s what’s been creating the heat we’ve seen all fall here. This crop started big and has continued to shrink each and every time we look at it."

How much that crop continues, if at all, is the million dollar question. It has created a lot of concern among the trade who feel USDA has failed in their mission of accurately predicting the crop size.

Hart understands the concern farmers have had, but he also says the numbers USDA delivered in each of the Crop Production Reports were as accurate as they could be given the conditions they surveyed.

"USDA does two things. They survey farmers and ask, ‘What do you think you’re going to get?’ But they also go out in the fields and they count the number of ears. If the ears are far enough along they weigh those ears, and what they found in August was a tremendous number of ears per acre and it looked like pretty good weights coming off those ears."

The weights of those ears showed a likely yield of 173 bu./acre in August, but the farmer reports were considerably lower. That is how USDA determined a final estimate of 165 bu./acre in the August report.

The same methods were used in the September report and the October report. Obviously the crop conditions deteriorated. "They came back in in October, they went to those same fields, they went to the same places and they found some of the ear buds didn’t develop. The grain weights didn’t’ fill out nearly as well as we thought they would."