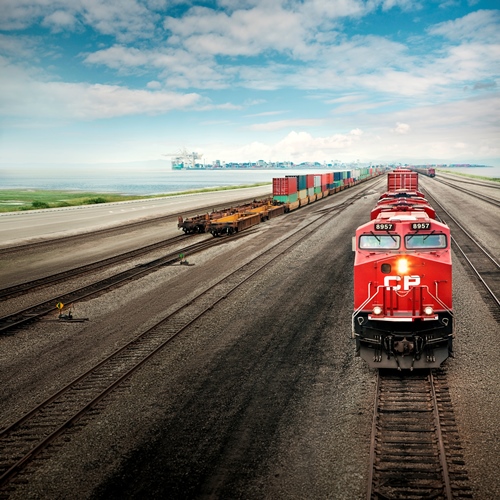 There hasn’t been a major North American railroad takeover since Warren Buffett’s purchase of Burlington Northern Santa Fe in 2010. Now, the prospect of a deal between Calgary-based Canadian Pacific and $32 billion U.S. carrier CSX Corp. is sparking speculation of more acquisitions to come.

After being spurned by CSX, Canadian Pacific could make another approach or consider another target, said a person familiar with the matter. CSX, the largest railroad in the eastern U.S., would also be a good fit for western carrier Union Pacific Corp., said Sanford C. Bernstein & Co. Should Canadian Pacific triumph, the next logical transcontinental combination would be Norfolk Southern Corp. and Canadian National Railway Co., said Avondale Partners LLC.

“It certainly holds the potential to get the ball rolling,” Mark Levin, a Richmond, Virginia-based analyst at BB&T Corp., said in a phone interview. “If CP were successful in their efforts with CSX, it would assuredly spur others to look at other possibilities.”

A deal would combine CSX’s network in the eastern U.S. with Canadian Pacific’s system spanning the width of its home country. A railroad across North America would eliminate the need for competing carriers to hand off cargo in the congested Chicago area. Long discussed by the railroad industry, east-west mergers haven’t gone forward in the face of regulatory opposition.

“An end-to-end merger, which essentially is what this would be, would give the rail system the ability to improve service levels dramatically,” Donald Broughton, a St. Louis- based analyst at Avondale, said in a phone interview. “It’s like a relay versus a single runner. You don’t have to hand the baton off.”

The prospect of a coast-to-coast railroad may also appeal to Union Pacific, said David Vernon of Bernstein. The Omaha, Nebraska-based company would probably get more operating benefits out of a deal with CSX because of the greater traffic overlap between the two, he said.

A CSX deal would put the spotlight on $32 billion Norfolk Southern, the other eastern railroad, as the next potential target, Jason Seidl, a New York-based analyst at Cowen Group Inc., wrote in a note yesterday.

Canadian National, Union Pacific or BNSF Railway Co. -- as Burlington Northern is now called -- are potential buyers. Each one could use a takeover of Norfolk Southern to form their own transcontinental railroads, should a merger between Canadian Pacific and CSX force them to “scramble to match the scale and pricing power of their peers,” Seidl wrote.

At Berkshire Hathaway Inc.’s annual shareholders meeting in May, Buffett dismissed the idea that BNSF would acquire other railroads. He didn’t respond to a message left with an assistant seeking comment about BNSF and the prospect of further consolidation. Representatives for Canadian National, Norfolk Southern and Canadian Pacific declined to comment. A representative for Union Pacific didn’t immediately respond to requests for comment.

The most obvious deal may be between Norfolk Southern and Canadian National, said Broughton of Avondale. That combination has similar appeal -- from both a strategic and regulatory perspective -- as a merger of Canadian Pacific and CSX. Canadian National is valued at $53 billion.

Kansas City Southern would be “the easiest rail to acquire” and could also draw interest in the wake of a Canadian Pacific and CSX deal, Scott Group, a New York-based analyst at Wolfe Research LLC, wrote in a report yesterday.

At $12.3 billion, Kansas City Southern is smaller than the four major U.S. railroads and has a network that runs from Illinois to the Texas border. The tracks connect with a Mexican unit that produced almost half of the company’s 2013 revenue.

A representative for Kansas City Southern didn’t respond to requests for comment.

While deal speculation is ramping up, the rationale for preventing a large transaction hasn’t changed, said Ben Hartford, a Milwaukee-based analyst at Robert W. Baird & Co.

The seven largest U.S. and Canadian railroads account for more than 90 percent of rail revenue, whereas the top 10 trucking companies make up just 10 percent of that industry’s revenue, the analyst said.

Mergers “would be challenging in the current regulatory environment,” Hartford said. “It is a consolidated market, which would make it difficult.”

Still, Broughton of Avondale said the industry may be poised for a wave of deals that leaves just two top railroads in North America.

“We’re ready for a reformation of the industry to the next level,” Broughton said.