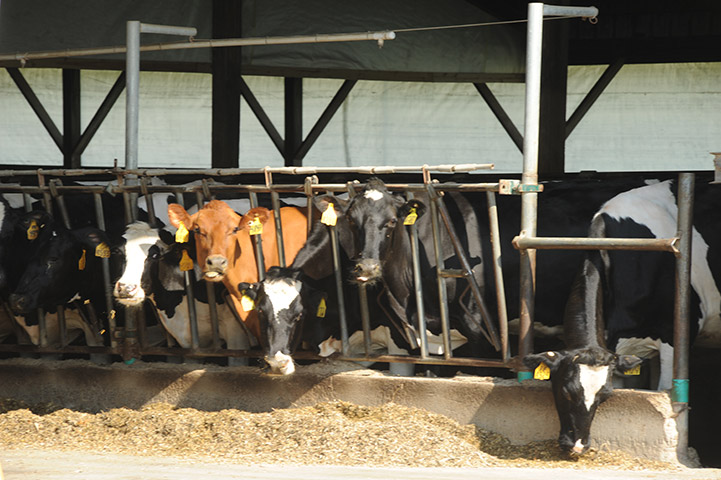 New research supports use of canola meal over soybean meal in dairy cow diets. The research team of Dr. Glen Broderick at Broderick Nutrition and Research, Dr. Antonio Faciola at the University of Nevada and Dr. Louis Armentano of the University of Wisconsin demonstrated that canola meal can replace soybean meal and improve the productivity of dairy cows. This research has recently been published in the Journal of Dairy Science.

Historically, soybean meal has been the most common protein source in dairy cattle production. In recent years, increased production of canola has led to a greater availability of canola meal as a protein supplement in livestock diets.

“Canola meal has lower levels of crude protein compared to soybean meal, which has contributed to lower feed inclusion rates in the past, but for a dairy cow, it’s not necessarily about how much crude protein is in the ingredient but what that protein is made of,” says Carson Callum, canola meal manager at the Canola Council of Canada (CCC).

“Due to increases in feed costs, nutritionists will need to find alternatives in their feed formulations. This study shows that canola meal is an exceptional protein source and alternative to soybean meal,” says Dr. Essi Evans, of Essi Evans Technical Advisory Services Inc. Evans has years of experience working with dairy nutritionists and researchers in Canada and the U.S. “Canola meal can be used in low protein dairy diets to support high levels of milk production due to its lower protein degradation and a favorable amino acid profile.”

Funding for this research has been provided by Agriculture and Agri‐Food Canada through the AgriInnovation Program as well as the Canola Council of Canada.

Find out more at canolamazing.com and at http://www.canolacouncil.org/research/meal-research-projects/ or link directly to the articles below:
Broderick et al., 2015
Martineau et al., 2013