Capitalize On Your Cash Cow 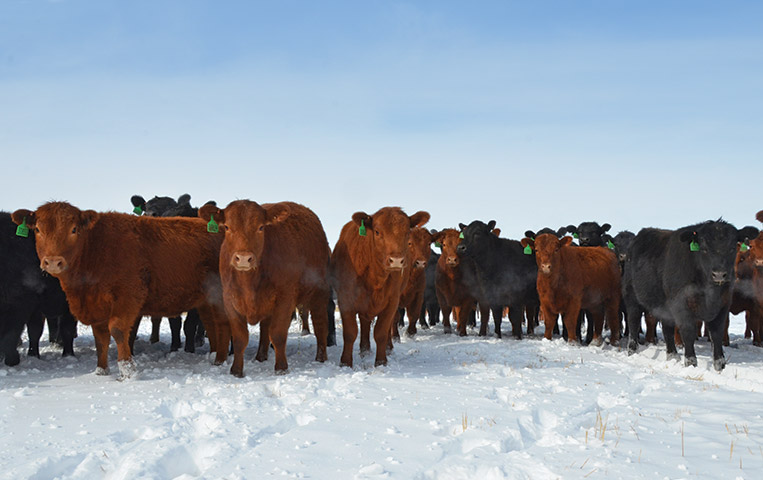 Higher cattle prices might bump your tax bracket. Put that extra revenue to appropriate use before year-end

Sustained higher cattle prices are bringing back a scenerio producers havent seen for many years—more revenue to manage by year-end. Budgets in the black makes producers happy, but the year isn’t over until the accountant figures the tax bill.

This year, tax preparation is a moving target. Even up to press time, Section 179 was just one big question mark, says Paul Neiffer, CPA and partner of CliftonLarsonAllen.

Under Section 179 of the tax code, a business taxpayer can deduct qualified assets placed in service during the year, up to a specified amount. A maximum deduction of $500,000 was allowed for 2013, subject to a phase-out for combined assets in excess of $2 million. However, when this provision expired after 2013, the limit for 2014 reverted to $25,000 with just a $200,000 phase-out threshold. While there is hope Section 179 will be extended for 2014, at press time, no action has been taken.

There are tax planning options for cattle producers who have higher receipts to manage. “Row-crop operators have more tax advantages than livestock farmers. But there are a few tools that livestock farmers can use. For 2014, we’ve been suggesting to our clients, if they are not sure of what Section 179 is going to be, take advantage of the deferred payment option,” Neiffer says.

Producers might sell livestock in the tax year but defer receipt of the cash until the next year. Then, if a higher Section 179 comes back, a producer can bring some of those sales back into 2014 to offset expenses.

“That’s the nice thing about the deferred payment contract—you have two options:
record the income in the year of sale or default to the year you receive the cash. It allows us to plan at year-end—if we need to bring the income back in, we’ll do so,” he says.

Cattlemen struggling with drought or high feed prices might consider using deferred income to rebuild, Neiffer suggests. “Some livestock producers are probably on their eighth- or ninth-year deferral. As they start to expand their herd, they will be able to roll over that gain into current year purchases,” he says.

In eastern Oregon, Bob Kemble, a CPA with Nichols Accounting, is working with producers receiving USDA Livestock Forage Disaster Program payments for lost grazing in 2012, 2013 and 2014.

“It’s been a small windfall for producers in our area. Some of our large producers are receiving $250,000 to $300,000 in payments for lost grazing. It weighs on many producers minds trying to figure out what to do with that much income this year,” Kemble says. “Many are deferring the 2014 payment and taking the 2012 and 2013 payment this year. It’s a huge advantage, as many producers have been able to pay off their operating lines and put cash away.”

Income averaging is a less common tax-planning approach. Producers with negative
income from 2010 to 2012, a small amount of income in 2013 and a large amount of income in 2014, can offset 2014 receipts against the loss of income in previous years through income averaging, Neiffer says.
“This is a whole other option for livestock producers. They need to be careful because they have 2011 to 2013 to average income over. But they could show quite a bit more income in 2014 and have either no tax or be in a very low 15% bracket tax, which isn’t too bad,” he says.

Working with a CPA or accountant adviser can help you sort through new business regulations for healthcare, Neiffer adds. “If you are providing health insurance, make sure it is either payment for a qualified health plan or the employee is paying for it directly. If you do it incorrectly, you may be subject to a $100 per day penalty.”
Producers can also alleviate extra income by prepaying anticipated expenses, such as fuel or feed. “Producers can make prepayments of up to 50% of their total annual costs, including depreciation. It can’t be a deposit—it needs to specify what they are buying—such as 250 lb. of alfalfa hay or 3 tons of soybean meal,” Neiffer says. “The same can be done with fuel. Right now, prices are low, so its not a bad time to prepay that input.”

Use profitable years to shore up working capital and save for future cash needs. “We find more people go broke when they expand than when they contract,” Neiffer says. “You want to maintain a good amount of working capital—enough for 30% to 40% of your gross sales. Working capital is the lifeblood of your operation.”

“The goal for any producer is to be able to operate on their own cash,” Kemble adds. “Especially in times of profit, having a plan to put away money on an annual basis for future cash needs is essential. Producers who understand this is a cyclical business are the ones we can work with on these long-range plans.”

Neiffer says to learn the lessons of the crop farmer. “We’ve seen row-crop operations take working capital and buy equipment or land for cash. Now that prices are lower, they are losing cash mobility and borrowing long-term to shore up working capital,” Neiffer says.

There is a lot riding on what Congress does by Christmas, Kemble says. “It will really dictate where we go for 2015.”