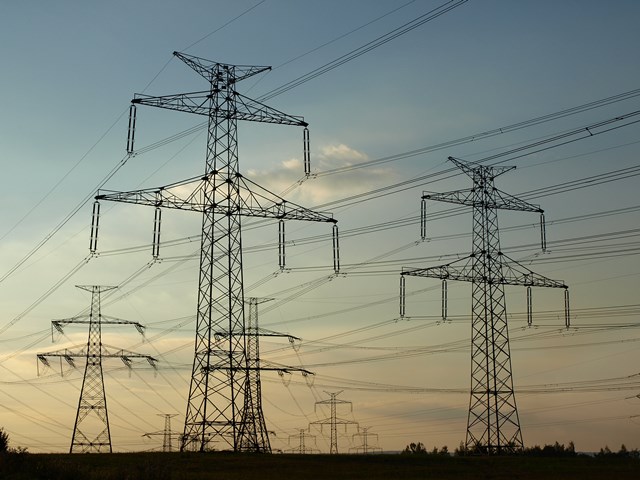 In many ways, Bradley and Linda Lindberg's life has improved since a high-voltage transmission line project caused them to leave their beloved home and hobby farm near Clearwater.

They've relocated to a new place six miles to the southwest, in a sprawling farmhouse with a wrap-around front porch and barns for their cattle, goats, horses and chickens. A peaceful spot overlooking rolling pastures and far from major highways, it's unlikely to be on the route of any new power lines, the St. Cloud Times reported.

But Brad Lindberg still has trouble driving by their old farm, where he and Linda had planned to stay the rest of their lives. And although things have improved, the Lindbergs look back at the past few years as a stressful time they wouldn't wish on anyone.

"It was a lot of being in limbo, not knowing how it was going to end up," Linda Lindberg said. "You just felt like you weren't settled for a long time."

The Lindbergs are one of the last affected landowners along the route of the transmission line known as CapX2020 with an unresolved legal case. They're still waiting to find out if the utility companies will pay their legal bills, which they say total six figures.

The two longest sections of CapX2020, part of one of the biggest public infrastructure projects in Minnesota, are now complete. Earlier this month, supporters of the project gathered at a new substation in St. Cloud for a dedication ceremony of the lines that run from Monticello to Fargo and from Hampton to Brookings, South Dakota, about 500 miles. Both lines were energized within the last two months.

Costing more than $1 billion — as much as the new Vikings stadium — the two CapX2020 lines involved a partnership of 11 utility companies, including Xcel Energy and Great River Energy.

CapX2020 was born in 2004 when utility leaders began talking about the need for increased reliability and expanding electrical transmission to meet growing demand in Minnesota.

"Here we are, 11 years later, and what we planned actually turned out to be what we needed," Will Kaul, vice president of transmission at Great River Energy, said last week. "It's just in time, when the concern about the grid and the security and resilience of the grid is very high, at a time when the resource mix that is coming into play is in transition and new resources are coming online."

The project also created thousands of jobs during the recession when they were badly needed, Kaul said.

CapX attracted support from some unlikely places, including environmental groups that believed more transmission lines were needed for renewable energy.

"Transmission was truly the glass ceiling for wind development," said Beth Soholt, executive director of Wind on the Wires, a St. Paul-based nonprofit that works to bring wind energy to market. "There was simply not enough transmission capacity to deliver the thousands of megawatts of new wind power that was envisioned for the Midwest."

What followed was a lengthy process to get approval from state and local regulators, as well as the necessary agreements from landowners. There were dozens of public meetings around the state before the state Public Utilities Commission approved the project and settled on final routes.

The project tested a 1973 Minnesota law designed to protect farmers whose land was taken for major transmission lines. Known as "Buy the Farm," the law allows landowners to require that the utility company purchase their entire property outright, rather than just buying an easement.

However, the law hadn't been used much since its passage, and it left a lot of questions that the CapX utilities and landowners along the lines fought over in court.

In total, CapX dealt with about 2,000 landowners on the project, and about 100 of those requested Buy the Farm, said Tim Carlsgaard, Xcel's spokesman for CapX. About 30 of those were on the Monticello-to-Fargo line, the Lindbergs among them.

The total cost of buying right of way for the $640 million Monticello-to-Fargo line was about $60 million, higher than originally anticipated, Carlsgaard said.

Some landowners accused CapX of stalling and objecting to Buy the Farm requests for questionable reasons. Many expressed frustration at the length of time it took to settle their cases.

"For some of these people, it's dragged out for years, and it's been stressful," he said. "A lot of it was sitting back and waiting for some of the fights that had to happen."

About a year ago, CapX stopped fighting many of the Buy the Farm cases and project backers said they would buy the properties if they could come to a reasonable figure, he said.

"At first, nobody knew the limits of the law," Lenzner said. "They didn't know the scope of how many of these there would be."

After a few years, it became clear there weren't going to be a huge number of Buy the Farm requests, Lenzner said.

"I think part of it is time," he said. "They were able to see that it wasn't this giant wave of Buy the Farms that was going to overwhelm the project."

The legal fights over Buy the Farm set a precedent for future projects, said Thom Petersen, government relations director for the Minnesota Farmers Union. He noted that the courts consistently ruled in favor of the landowners.

"It all comes down to there's a cost for public infrastructure, and farmers understand that, but they want to get paid fairly for their land when it gets taken," Petersen said. "I think we ended up getting to that point."--Kirsti Marohn, St. Cloud Times