Cattle at the Crossroads 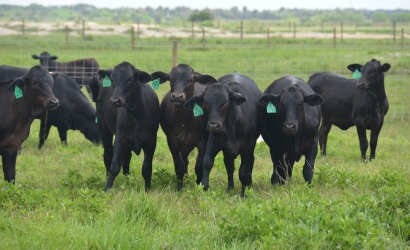 Record high prices have beef producers at a crossroads when it comes to rebuilding the cow herd.
By: Paul Peterson, University of Illinois

The year-long across-the-board rally in cattle prices has been driven by a combination of favorable supply and demand factors which have aligned to push prices to record levels (Figure 1). On the supply side, the starting point is cattle numbers. Beef cow numbers are the lowest since 1962, and last year's calf crop was the smallest since 1949. Cows are the "factory" where beef production begins. Over the years, a combination of poor returns, weather problems in key areas, and strong cull cow prices to satisfy the demand for processing beef encouraged the industry to "tear down" much of its production capacity. Obviously, this situation didn't develop overnight, but it did set the stage for what has happened in the past 12 months. Rising carcass weights have partially offset the decline in cattle numbers, but the net result has been tight beef supplies. 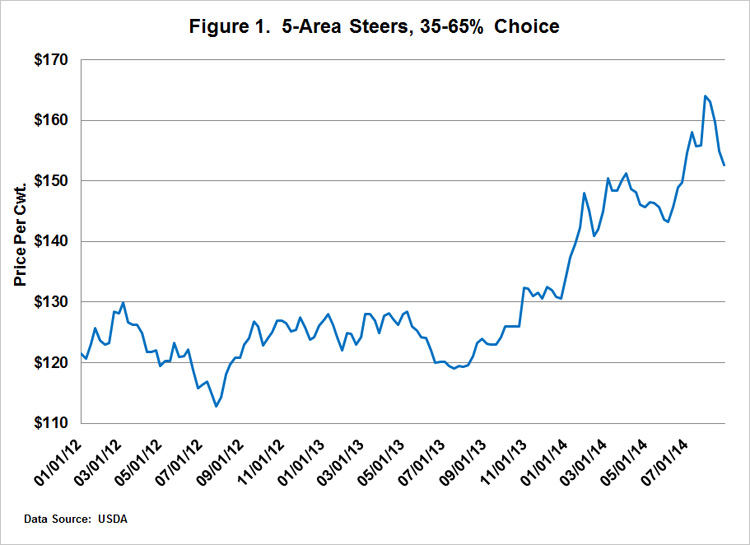 Favorable Supply, Favorable Demand
Supplies of competing meats have also been unexpectedly tight. Hogs and broilers have much shorter production cycles than cattle, and historically both have been quick to respond to lower feed costs. However, despite the steep drop in corn prices, both pork and broiler production have been much lower than would normally be the case. Porcine epidemic diarrhea virus (PEDv) has reduced hog numbers, while production issues have limited broiler expansion.

The demand side has been equally positive for cattle and beef prices. US consumers have been willing to pay record-high prices for beef (Figure 2), despite what has been a slow and somewhat shaky economic recovery. Likewise, overseas buyers have shrugged off higher prices, and export shipments have continued at levels consistent with recent years. 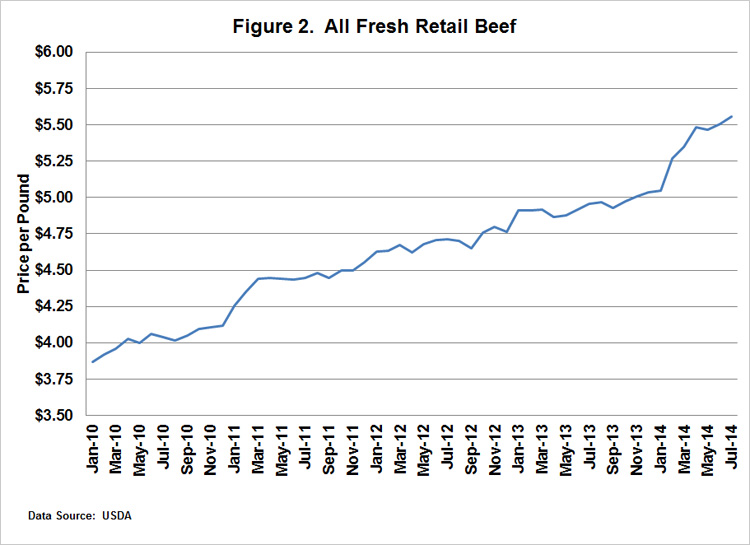 Expansion Unclear
Record returns for cow-calf operators have prompted questions about when herd rebuilding will begin and the "factory" will expand. USDA's midyear Cattle inventory report was inconclusive on this question, at least from an industry-wide standpoint. Areas that have received moisture and have seen grazing conditions improve appear to be taking the first steps toward bumping up production; areas that have not been so fortunate weather-wise are still trimming herds in an effort to hang on until conditions improve. These region-by-region differences make it difficult to determine whether the industry as a whole is expanding, contracting, or holding steady.

Beyond grazing conditions, another consideration driving the expansion decision is the income foregone when a heifer calf is held back as a replacement in the breeding herd instead of sold as a feeder animal. At current price levels, this foregone income is in the neighborhood of $1,200 to $1,500 per head. This makes the decision between the certainty of a dollar now and the possibility of a dollar-plus in a year or two just that much more difficult. Producers considering bred replacement cows will find that bred cow supplies are limited, and prices have increased by 50% in the past year (Figure 3). 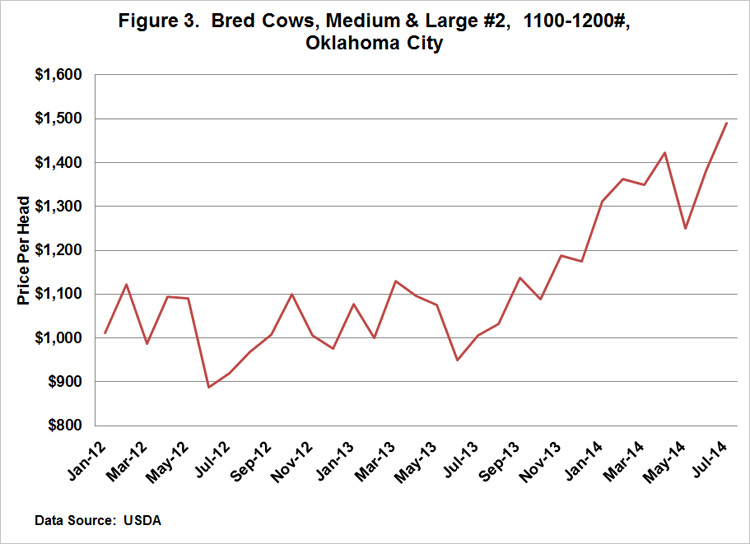 The Road Ahead
When heifer retention finally does get fully underway, already-tight feeder cattle supplies will become even tighter. This will support stronger calf prices and higher returns for cow-calf operators. But this is also where the fortunes of producers and feedlots might diverge. Smaller numbers could push feeder cattle prices even higher and squeeze feeding margins for cattle feeders. The feeding sector also should expect competition from larger supplies of pork and chicken in the months ahead, and some downward pressure on fed cattle prices, as the pork and broiler industries overcome production problems that until now have kept supplies in check.