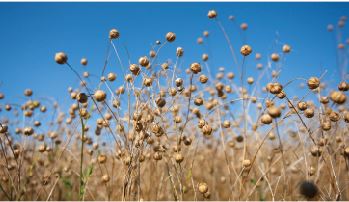 China’s imports of linseed are forecast to rise to a record in 2014-15 as Canada seeks markets for "huge" export supplies of the oilseed, Oil World said.

Canada is the world’s biggest grower of linseed, which is edible and crushed to make vegetable oil and feed. A "sharp" jump in world production may boost trade in the oilseed, according to Oil World.

"A pronounced increase in global trade of linseed is shaping up next season, with China expected to be the key growth market for the prospective huge Canadian export supplies," Oil World said.

The jump in Chinese buying and crushing will probably result in declining import demand for flaxseed oil, it said.

"In view of the sharp growth of domestic production and prospects of at best stagnating import demand from the U.S., Canadian producers and exporters of flaxseed are likely to benefit by increasing business with China," Oil World said.