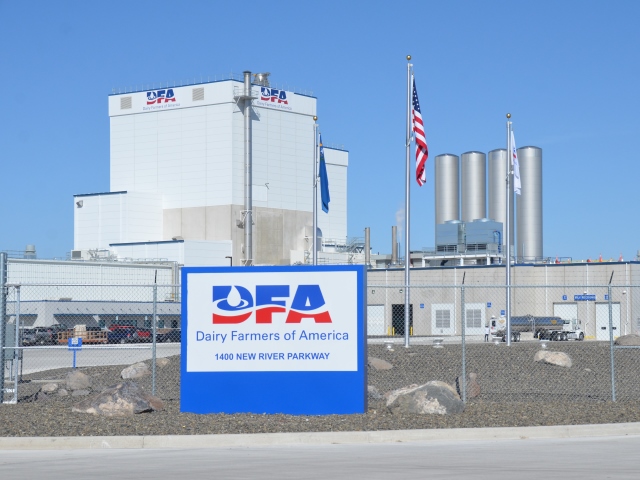 A Chinese company and the Dairy Farmers of America say they are planning a $100 million plant in Kansas but the location and other details are not being publicly released.

The Dairy Farmers of America, a cooperative owned by 13,000 dairy farmers based in Kansas City, is working with the Inner Mongolia Yili Industrial Group on the project, The Kansas City Star reported.

The plant's location has not been disclosed but that it will likely be in western Kansas, where most of the state's milk production occurs. It is expected to produce up to 88,000 tons of milk powder a year.

According to a filing with the Shanghai Stock Exchange, Dairy Farmers of America will contribute $70 million and the Chinese company $30 million to build the plant, the Wall Street Journal reported.

The deal would be important to the United States' efforts to attract a larger share of China's increasing demand for dairy products, an industry analyst said.

"It's kind of our growing up," said Alan Levitt, vice president of communications for the U.S. Dairy Export Council. "To put up a plant geared to exports is very significant."

"Today, we have committed to an historic initiative to bring DFA and Yili even closer together," Rick Smith, president and CEO of Dairy Farmers of America, said in a statement.

The project comes as China is scrambling to supply enough milk to its citizens and Levitt said the country will have a long-term need for imports. It also wants to diversify its milk sources after relying on New Zealand for 60 percent of its imports before a drought last year damaged its supply.