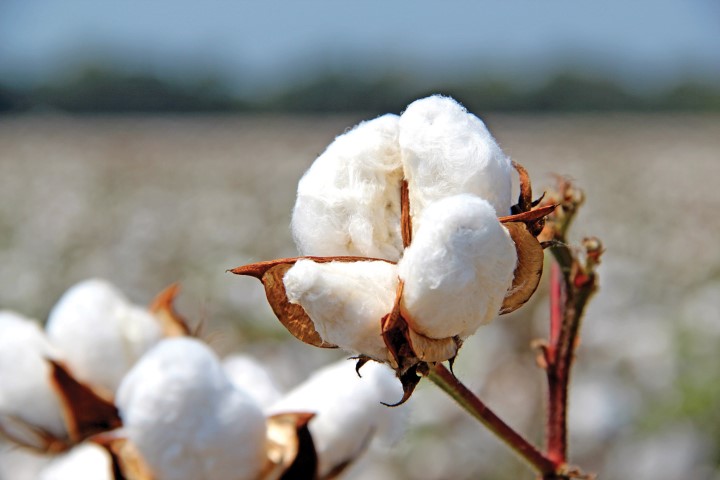 Chinese buyers have committed to purchasing almost five times more American cotton than at this time last year, the U.S. government said in a report this month. The price of the commodity is heading for its biggest monthly advance since July. Hedge funds are positioned for more gains, holding the second-most bullish wager ever.

American growers, the world’s top exporters, are this season expected to ship the most cotton since 2013, data from the U.S. Department of Agriculture show. Sales growth is also being driven by purchases in Indonesia and Vietnam. While rising demand has sparked two straight years of rallies, futures in New York are still trading about 65 percent below a record set in 2011, leaving the fiber at affordable levels for consumers.

“There seems to be good money interest in cotton,” said Arlan Suderman, the chief commodity economist for INTL FCStone Financial Inc. in Kansas City, who’s been tracking the markets for more than three decades. “We see it basically continuing in the near term, until we see alternative supplies coming to market. Right now, U.S. cotton is very competitively priced on the global market.”

The net-long position in cotton rose 3.2 percent to 87,341 futures and options in the week ended Jan. 24, data published by the U.S. Commodity Futures Trading Commission three days later show. That was just shy of an all-time high of 90,215 contracts set on Jan. 10, according to the figures, which go back to 2006.

Cotton traded on ICE Futures U.S. in New York climbed 2.5 percent last week. Prices added 0.3 percent to 75.06 cents a pound on Monday and are up 6.2 percent this month. Futures touched 75.37 cents on Jan. 5, the highest since August.

The price gains will likely spur U.S. farmers to increase plantings, especially with futures for competing crops relatively weak. American sowings may rise 7.6 percent this year to about 10.84 million acres, a Bloomberg survey showed. The USDA will release its first estimate during its annual Agricultural Outlook Forum Feb. 23-24.

Global producers are also increasing their harvests, with output expected to rise in Australia, China and India, the top grower.

Cotton has rallied in recent weeks even as commercial traders, including mills and producers, have held a large net-short position, or bets that prices will fall. As investors added to the bullish holdings, it created a kind of tug-of-war between the two sides. The market’s next move has become a question of “who will blink first” and unwind their positions, Peter Egli, the Chicago-based director of risk management for Plexus Cotton Ltd., said in a report this month.

Some commercial traders have already been forced to cover. They had a net-short position of 182,191 futures and options last week. That compares with a holding of 187,785 in late November, which was the biggest since 2008.

The unwinding of those positions will have a “role” in boosting prices, but that may not be sustainable, said Gillian Rutherford, who helps oversee about $12 billion as a commodities portfolio manager for Pacific Investment Management Co. in Newport Beach, California.

World supplies are still “fundamentally heavy,” Rutherford said. “If China was to significantly increase their imports, or if we were to see wild growth in demand for textiles overall, then you could make the case that we can start drawing on world stockpiles faster than we’ve seen to-date, and that would be constructive” for prices, she said.

“But where we are right now, it’s questionable how long we can stay here without genuinely bullish inputs,” Rutherford said.