Chipotle Suspends Pork Sales at a Third of U.S. Restaurants 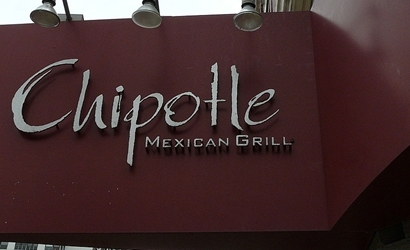 Chipotle Mexican Grill Inc. halted pork sales at about one-third of its approximately 1,700 U.S. restaurants after discovering violations of its pig-housing policies at a supplier.

“This is fundamentally an animal-welfare decision and is rooted in our unwillingness to compromise our standards,” Chris Arnold, a spokesman for the Denver-based company, said in an e- mail, while declining to name the supplier. He said the violations were primarily related to Chipotle’s livestock- housing rules, which require that animals are raised with access to the outdoors or deeply bedded barns.

Chipotle is protecting its image as a socially responsible company, part of its appeal to younger customers who also seek healthier options and higher-quality ingredients. The restaurant operator has created short films to educate Americans about industrial farming and hosted festivals with organic snacks and local food and drink purveyors.

Pork sales have been cut off at about 560 U.S. restaurants. Chipotle is exploring options to boost its pork supply, including adding new providers and increasing output from its existing vendors, Arnold said. He added that replacing the lost supply will “take some time.”

The company won’t serve pork from conventional sources as it sorts out the supplier issue, Arnold said.

“Conventionally raised pigs generally do not have access to the outdoors, spend their lives in densely crowded buildings, live on hard, slatted floors with no ability to root and are given antibiotics to keep them from getting sick,” Arnold said. “We would rather not serve pork at all than serve pork from animals raised in that way.”

“They wanted more, but that’s the best we can do that quickly,” he said in a telephone interview.

Since 2001, Chipotle has sourced 100 percent of its pork from producers who follow its guidelines, according to the company’s website.

Chipotle fell 0.6 percent to $709.74 at the close in New York. The stock was the best performer in the Standard & Poor’s 500 Restaurants Index last year, rising 28 percent.