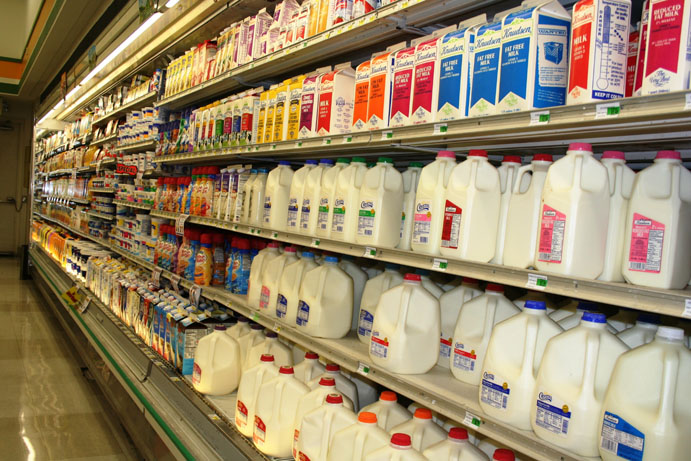 Last week’s fairlife announcement is part of Dairy Management, Inc.’s $500 million, fluid-milk partnerships with seven major companies. Tuesday’s Elite Producer Business Conference will explore what could be the start of a milk revolution.

Last week’s announcement that Coca Cola is partnering with Select Milk Producers to bring its fairlife fluid milk to the nation could be the start of a milk revolution.

“We think we can bring Coca Cola’s innovation and branding to the [fluid milk] category and return it to growth,” says Mike Saint John, president of Coca Cola North America’s Minute Maid Business Unit, which will market the product.

“fairlife is a very different product,” says Saint John, with 50% more protein, 30% more calcium, and 50% less sugar than fluid milk while at the same time being lactose-free. “Protein is the fastest growing segment of the beverage category,” he notes.

In Denver’s test market, fairlife showed a 4% increase in fluid milk sales. Saint John expects even better results when the product is introduced nationally Dec. 15. It will be in stores across the country in January, with Coca Cola’s marketing campaign on the product revving up in March.

The fairlife announcement last week was part of Dairy Management, Inc.’s (DMI) roll-out of  more than $500 million in fluid milk partnerships with seven major companies. The effort is being launched to re-invigorate fluid milk sales, with special emphasis on extended shelf life and shelf stable fluid milk products that will be available when and where consumers want them.

The seven partners include: The Coca-Cola Company in its joint venture with Select Milk, Dairy Farmers of America, Darigold, The Kroger Company, Maryland and Virginia Milk Producers, Southeast Milk and Shamrock Farms. Most of the $500 million pledged will be in processing plants and stainless steel infrastructure along with some branded marketing efforts, say Tom Gallahger, DMI CEO. The dairy checkoff commitment is about $30 million.

Most of the partnerships are under development, each will vary and will initially last two to three years. Some partners are looking for product development help, others for nutrition consultancy and others product testing.

Gallagher says DMI met with more than 50 companies in seeking out fluid milk partnerships. The seven selected represented the best initial return-on-investment potential. As the program moves forward, the partnerships will be judged based on whether the partners did what they promised and whether gross sales actually increased.

“We will re-evaluate these partnerships, and also look to see if they were catalytic—did they ignite others in the category” to do similar things to increase product innovation and sales, he says.

Gallagher realizes many dairy farmers might be skeptical that fluid sales can be reinvigorated. After all, they have been in decline for 40 years, with sales declining roughly 8% over the past decade.

For its part, the dairy checkoff program has learned what doesn’t work. Even though it has poured hundreds of millions of dollars into award winning advertising, sales declined. “The more generic advertising we do, the more we disincent the brands to advertise,” he says.

“But the companies we have partnered with are not in the business of losing money…. Coca Cola is not going into this to be a commodity, but to use its marketing to leverage their products,” he says.

“I believe we will see change,” Gallagher says. “But be patient. This won’t be solved in a year or two,” he says.

The challenge is that one of every two U.S. consumers over the age of 18 drinks no milk. Getting these consumers back, with products where and when they want them, will be key. Health and wellness milk-based beverages are one avenue of opportunity. “We have to have products that are relevant to consumers at every stage of life,” says Gallagher.

At this week’s Elite Producer Business Conference here in Las Vegas, a panel of speakers from McDonald’s and Kemp’s will discuss how these companies are re-invigorating their fluid milk efforts and sales.