Commodity Faithful See Some Hope Next Year After 2015 Heartbreak 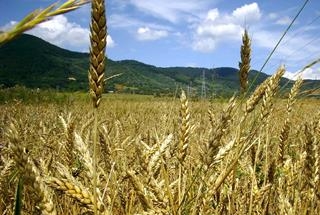 After the worst commodity collapse in a generation, there may be some glimmers of hope.

Gold, wheat and natural gas probably will climb in 2016, according to a Bloomberg survey of 108 traders, analysts, economists and strategists across Asia, Europe and the Americas. It won’t all be positive. For oil, mired in the longest slump since 1998, bearish respondents said prices may drop below this week’s six-year low, while the survey showed overwhelming pessimism for copper.

The 2015 meltdown sent almost every commodity lower, shrinking profits for companies including South African mine owner Anglo American Plc and energy producer Royal Dutch Shell Plc. The world got stuck with raw-material surpluses after years of expansion met a slowing economy in China. With producers struggling to halt losses, they are selling assets, cutting dividends and slashing output, which may be enough to put a floor on prices.

“You’re going to see a lot of zigs and zags along the way, but in 2016, there’s the chance that we start to see a bottom, or a stabilization, for commodities,” Quincy M. Krosby, a market strategist at Prudential Financial Inc., which oversees about $1.3 trillion, said by telephone from Newark, New Jersey. “This isn’t the suggestion that there’s a boom around the corner. But, right now, a lot of investors are looking for less bad news. There are some signs that we’ve turned into a bit of a positive trajectory.”

The Bloomberg Commodity Index, a measure of returns for 22 components, has tumbled 24 percent in 2015, heading for a fifth straight annual loss and the longest slide since the data begins in 1991. Cotton and sugar were the only gainers. Nickel was the worst performer, tumbling 43 percent on speculation that cuts in mine supply still aren’t deep enough to trim the global glut. Heating oil traded in New York had the second-biggest drop, with a loss of 35 percent.

Expectations for more stable prices underscore the outlook of Citigroup Inc., which anticipated the end of the commodity super cycle in late 2012. Supplies will start tightening in the second half of next year, and markets will find more support into 2017, analysts led by Ed Morse said in a November report. While Goldman Sachs Group Inc. recommends staying underweight in commodities for the next 12 months, the bank also suggests investors should return to a higher allocation by 2017, according to a Nov. 18 note.

Respondents were split among bulls and bears for West Texas Intermediate crude oil, with 11 each, and one was neutral. While the average estimated high for next year was $56 a barrel, the average low was forecast at $33. Futures were at $36.47 Friday, after touching a six-year low of $36.38 on Thursday. For Brent, there were 13 bulls and 15 bears.

“The current price weakness will act as a catalyst to tighten market balances, as demand growth remains strong,” Miswin Mahesh, an analyst at Barclays Plc in London, said by telephone. “The market is underestimating the level of supply cuts outside of OPEC that are in store, which will ultimately lead to higher prices.”

Copper had the most negative outlook in the Bloomberg survey, with 18 respondents saying they were bearish for 2016, while eight were bullish and four were neutral. Prices were forecast to reach a low of $4,014 a metric ton on the London Metal Exchange, 13 percent less than Thursday’s close at $4,590. The metal reached a six-year low last month.

Production cuts for metals haven’t been as deep as in energy, and the supply overhang could last longer, said Paul Christopher, a St. Louis-based head global market strategist for Wells Fargo Investment Institute, which oversees $1.7 trillion. In Chile, the world’s biggest source of copper, state-run Codelco is laying off workers in a bid to reduce expenses, even as it maintains output. Goldman is bearish, predicting a surplus through at least 2020.

Bloomberg survey respondents were the most bullish on wheat, with 16 predicting gains, 12 bearish and two neutral. The impact of a strong El Nino has already started to boost food costs. A United Nations index of 73 prices rose in two of the past three months. The weather pattern is causing excessive rain in some area and dryness in others, including in Australia, the fifth-biggest wheat exporter. Prices that settled at $4.955 a bushel in Chicago on Thursday could reach $6.05 in 2016, the average of 28 estimates shows.

“Wheat prices will be volatile next year as crops are likely to be affected by El Nino and La Nina,” said Naohiro Niimura, a partner at Market Risk Advisory, a researcher in Tokyo. Still, “ample global inventories” will remain be a drag on futures, he said.

Gold and natural gas also will advance, according to the majority of survey respondents. Bullion this year is headed for a third straight annual loss as investors saw less need for a store of value. The metal could rebound amid escalating geopolitical tensions that drive demand for haven assets, said Prudential Financial’s Krosby.

Natural gas will benefit from production cuts and as demand increases for exports by pipeline to Mexico and the first shipments of liquefied natural gas to overseas buyers, Francisco Blanch, the head of commodities research at Bank of America Corp., said in a Dec. 8 interview at the bank’s offices in New York.

“A lot of people are licking their wounds from the drop in energy and commodities, but for most people, the question is what do you do now?" said Kevin Caron, a market strategist and portfolio manager who helps oversee $170 billion at Stifel Nicolaus & Co. in Florham Park, New Jersey. “There is the expectation now that a bunch of these commodities could start to come back from their deeply depressed levels. Everyone had already gotten very bearish, and now they’re trying to figure out where it settles out.”