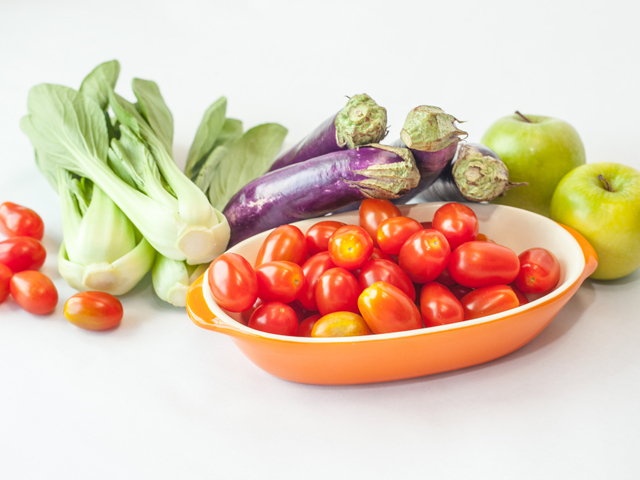 The number of farms in New Jersey is decreasing, despite the growing popularity of a movement to know exactly what's "in" raw whole foods.

According to the U.S. Department of Agriculture, the number of farms in Atlantic County decreased by 97 between 2007 and 2012. Camille Miller, executive director of the New Jersey Northeast Organic Farming Association, said the number of organic farms in New Jersey totals about 100.

According to Statista.com, sales of organic foods increased steadily from about $5 million in 2000 to about $30 million in 2012.

Even though organic farming is a growing, year-round business in New Jersey, according to Miller, it is one that ultimately cannot be sustained.

"Even the land we have is very expensive to farm," she told The Press of Atlantic City (http://bit.ly/1vNxXQF). "It's not economically viable."

In a 2012 Census of Agriculture, the average farm size in Atlantic County was listed at 73 acres. By comparison, B&B Farms in Galloway Township is 20 acres. Jah's Creation Organic Farm in Egg Harbor Township is 12 certified-organic acres.

Both farms specialize in community supported agriculture, or CSA. A CSA involves a "group of people who pledge to support a farm operation in advance of the growing season. In return, they (supporters) receive shares of the farm's bounty throughout the season," according to the state Department of Agriculture.

Sea Salt CSA is run out of B&B Farms but is independently owned and operated by Jennifer LaMonaca, of Somers Point.

"Business for our CSA has been steady and growing over the last two years," LaMonaca said. "We are a single-farm CSA that sells directly to our customers. Everything that is provided in the share is what we grow."

Sea Salt's CSA season runs from June through October. In the offseason, LaMonaca plans what crops to grow where and when, analyzes the CSA's budget and adjusts plans. Spring planting begins in March in greenhouses.

CSA members can either pick up a share of produce on the farm each week or mix and match items in Sea Salt's farm shop. On occasion, people can pick their produce directly from the field.

At least seven to nine crops will be offered in the farm shop for the 20 weeks the summer share spans.

"We're really careful about planning those things. We're pretty busy hiring and interviewing staff in wintertime," LaMonaca said. "We're expanding the shop to accommodate customers, attend winter conferences — a lot of it is business administration duties, but those are the things we need to catch up during the winter."

So far, Sea Salt has not offered a winter share, but LaMonaca is considering it.

She said she thinks CSAs are gaining in popularity in South Jersey. Wanting to know where food is grown and meeting the person who grows it is important, she said.

"People are looking for cleaner and fresher food," NOFA's Miller said. "People look to get CSAs more now. There are waitlists. Farmers cannot produce enough food in New Jersey. There's too much demand."

But demand alone isn't enough to make farming an easy or profitable business to break into.

The property-tax system in New Jersey makes it difficult to sustain a profitable farm. Tax breaks exist for agricultural endeavors, Miller said, but only for farms with a minimum of 6 acres, and not all farms get the same assessments.

However, land that totals less than 6 acres is fully capable of producing large quantities of food, Miller said.

Many farms of merely 2 acres "could easily have over 200 varieties of vegetables," Miller said. Such tracts could support more CSAs economically.

She said more young people are interested in becoming farmers, and there is a huge need for organic farming in-state.

"Once you get a premium for food if certified, it costs more money to raise and grow (food), but people are willing to pay more to know how it's grown," Miller said.

Matthew Bruckler III of Jah's Creation Organic Farm offers an almost year-round CSA with pickup and delivery. Typically, he lets VIP members pick up produce in the winter, but this year Bruckler skipped the winter harvest.

His farm's 12 acres are spread across five tracts of land. He uses a trailer to cart his equipment to each location.

Bruckler has been providing CSAs since 2008, but this year was particularly difficult for his farm. A fire at the end of November that gutted an office and packing house — a building that was built by Bruckler's grandfather — coupled with hiring issues throughout 2014 made the season trying.

"That's just part of the game," Bruckler said. "It's OK. We'll come out of it strong, but that's a big reason we're not doing winter produce."

Jah's CSA delivery service typically runs 30 weeks, from May until December, while VIP members can pick up produce during certain periods in the offseason.

"Before CSAs, we made our name off of winter greens production," Bruckler said. "We've been selling to restaurants in the middle of winter since 2002."

Bruckler said a lot of people who might want to try their hand at farming underestimate the amount of work farmers do and the money they pump into their businesses.

"A lot of people see boxes going out the door and don't realize what goes into that," he said.

After weathering this summer's rough patch, Bruckler said his business and the CSAs are back on track.

"Everything is pretty much back to normal," he said. "Deliveries will be back on schedule in the beginning of May, and VIP members will be picking up from us (this) January."