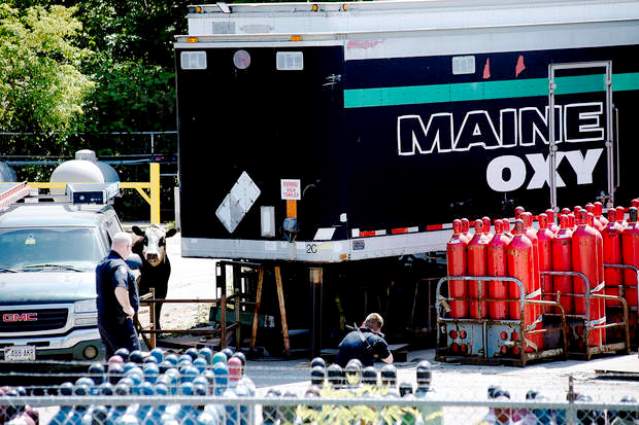 Police in Maine shot and euthanized a slaughterhouse-bound cow that escaped from a trailer and ran into traffic.

Police say they were called around 10 a.m. on Monday when a cow being transported from Harvest Hill Farms in Mechanic Falls kicked open its trailer door and made a run for it in Auburn.

The Sun Journal  reports the cow ended up at a gas and welding supply company. Police say it was difficult to find a safe place to put the cow down because of flammable gases on the site.

Police say it eventually took about 10 to 15 rounds to put the cow down.

Truck driver John Ethridge says it was impossible to calm the cow and it had to be put down before it hurt someone.