Corn Belt Could Have 'Flash Drought' This Summer 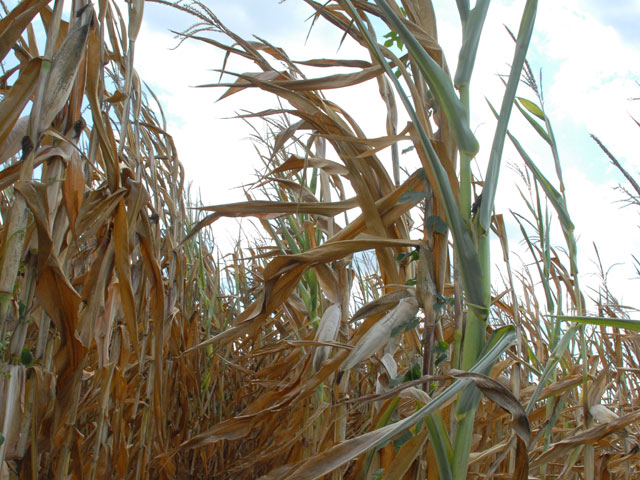 There’s a chance the Corn Belt could see a “flash drought” over the summer as temperatures across the U.S. may be higher than normal through the next three months, according to government forecasters.

Above-normal temperatures may combine with a drop in rainfall across the region that extends from Nebraska and Kansas in the west to Ohio in the east, said Brad Pugh, a meteorologist with the U.S. Climate Prediction Center in College Park, Maryland.

“For the seasonal drought outlook, we’re not expecting drought to be there at the end of September, but it is certainly possible in the next couple of months,” Pugh said in a conference call with reporters Thursday. “It’s not uncommon to have flash droughts over the Plains states.”

From July to September, most of the contiguous 48 U.S. states, except a small part of Texas, may have higher-than-normal temperatures, the climate center said in a seasonal outlook. Alaska also could have a warmer summer than usual.

The regions with highest chances for warmth are the Northeast, Southeast and the states west of the Rocky Mountains, the center said.

Above-normal summer temperatures in large population areas tend to lead to increased electricity consumption as more people use air conditioners to cool homes and businesses. This in turn can lead to higher demand for natural gas and other power-plant fuels.

The rainfall outlook isn’t as clear, with most of the country having equal chances of too little, too much and just about normal. However, there is a possibility that the Pacific Northwest, including parts of Montana, could have less rain, making drought likely to develop in Oregon and Washington, Pugh said. The coast of the Gulf of Mexico from Texas to Florida, as well as parts of South Dakota, could get more rain.