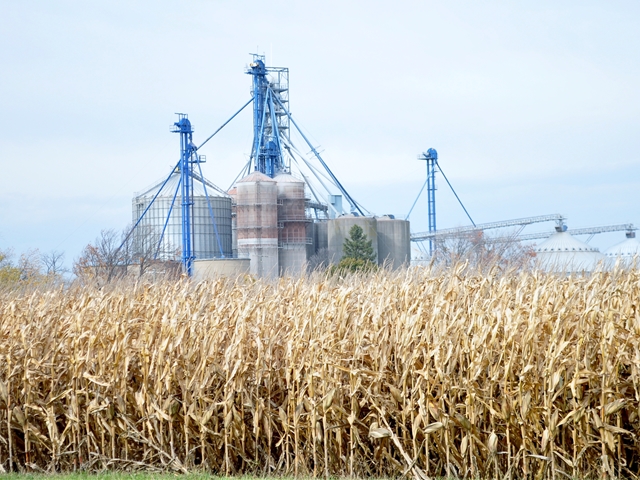 Corn fell from the highest price since August as demand dropped for shipments from the U.S., the world’s largest exporter, and an industry group raised its global production forecast.

Exporters in the week ended Oct. 23 sold 489,820 metric tons for delivery by the end of August, less than half the total a week earlier, the U.S. Department of Agriculture said today in a report. World corn output will be 979.7 million tons, topping last month’s forecast of 974.2 million, on bigger crops in the U.S. and Europe, the London-based the International Grains Council said.

“The drop in export business is an indication that consumers are not going to chase supplies at higher prices,” Shawn McCambridge, the senior grain analyst for Jefferies LLC in Chicago, said in a telephone interview.

Corn futures for delivery in December fell 0.3 percent to close at $3.74 a bushel at 1:15 p.m. on the Chicago Board of Trade, after touching $3.81, the highest since Aug. 18. Prices are up 17 percent in October, heading for the first monthly gain since April, as rain delayed a U.S. harvest that the government forecast will be the biggest ever.

Wheat futures for December delivery declined 0.4 percent to $5.36 a bushel, after touching $5.455, the highest since Sept. 3. Prices are up 12 percent this month.

Soybean futures for January delivery fell 1.8 percent to $10.2975 a bushel, after touching $10.5925, the highest for a most-active contract since Aug. 18. Prices are up 13 percent this month, heading for the first gain since April.