Could Oil Hit $80 by December? 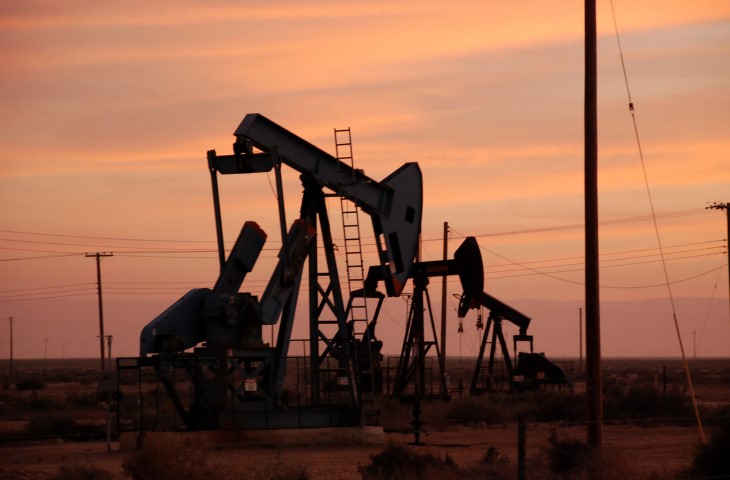 As Brent crude oil closed on Wednesday at its lowest level since before OPEC and other nations agreed to cut output, someone bet half a million dollars on prices surging to $80 by year-end.

Options to buy 10 million barrels of Brent crude for $80 a barrel in December traded Wednesday, far exceeding the next-largest contracts, according to exchange data compiled by Bloomberg. Placed in two trades, the transactions were especially large given they were to purchase crude at 66 percent above the day’s closing price.

Oil prices plunged 4 percent in London and 5 percent in New York on Wednesday as a surprise expansion in U.S. crude stockpiles undermined those analysts arguing a market rebalancing is now under way. Nonetheless, there were also reasons to be bullish, including escalating tensions between Saudi Arabia and Qatar, terror incidents in Iran, and the halting of Libya’s biggest oil field.

“That is clearly a geopolitical insurance premium,” Ole Hansen, head of commodity strategy at Saxo Bank A/S said by phone of the options trades. Tensions in the Middle East are “being ignored right now, but that is dangerous and potentially leaves many being caught in a bear trap.”

Costing 5 cents a barrel, the options trades look most likely to have been placed by a wealthy individual investor or a speculative fund. Alternatively, they could be part of a wider hedging strategy, even though no corresponding futures trades were placed around the same time. The contracts’ value will rise and fall depending on how close Brent futures get to $80 a barrel by the end of the year.

Saudi Arabia and other oil producing nations announced earlier this week that they were cutting ties with Qatar, a move that initially pushed oil prices higher until fears about an oversupplied market returned to the fore. Libya’s Sharara oil field, which had been pumping 270,000 barrels a day, was forced to halt Wednesday because of worker protests.

The disappointing U.S. stockpile numbers -- a 3.3 million barrel increase rather than an anticipated decrease -- sparked a frenzy of selling on Wednesday. Trading volumes on West Texas Intermediate crude rose to their second highest level ever, according to preliminary data from CME Group.

Traders hunted protection against an increase in U.S. crude prices too. WTI $50 calls were the most heavily traded option on Wednesday, while 36 million barrels of new bullish contracts were added for the nearest two trading months, according to exchange data compiled by Bloomberg. With prices nearing their lowest level this year, oil could be set for a short-term rebound, Petromatrix GmbH analyst Olivier Jakob wrote in an emailed report.

To contact the reporter on this story: Alex Longley in London at [email protected]

To contact the editors responsible for this story: Alaric Nightingale at [email protected], John Deane