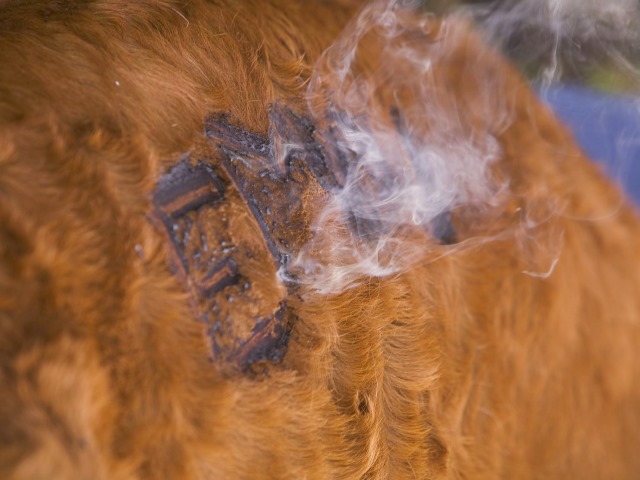 The Arizona Court of Appeals has weighed in on a topic that's older than the state itself: cattle brands.

The court said in a split decision that the state Department of Agriculture didn't break state law when it allowed a California ranching company to register a cattle brand that was already owned by Eloy rancher David Stambaugh.

The department allowed the use of the Bar 7 brand by the Eureka Springs Cattle Co. if it branded its cattle on the left rib. Stambaugh uses his longtime brand on the left hip of his cows.

The ruling left the 49-year-old Stambaugh stunned. He has owned the brand since he was 10 years old, when a retired rancher who was friends with his family sold it to him along with 10 cows for $10.

"I cried — as a 49-year-old guy I cried — it's totally wrong," Stambaugh said Wednesday. "They knew they were in the wrong and I still lost the lawsuit."

He said agriculture department officials initially rejected the application from the California rancher who used the same brand in that state and had wanted to move cattle to property he bought in Arizona nearly five years ago without rebranding them. But the department eventually issued the brand over Stambaugh's objections.

Two judges on the Court of Appeals panel said the department has discretion to issue identical brands if they are placed on a different location. Judge Patricia A. Orozco wrote for the majority that although state brand law does say two identical brands can't be registered, other parts of the same statute outline location of the brand.

"When read in context to achieve a consistent interpretation, these statutes make clear that the Department may consider a brand's location when determining if duplicate brands are 'of the same design or figure,'" Orozco wrote.

Appeals Court Judge Kenton D. Jones dissented, saying that the first part of the law was crystal clear that no two identical brands can be registered, even if the department has allowed it in the past.

"The unambiguous language of a statute is not made ambiguous simply by virtue of its longstanding misapplication," Jones said in his dissent. "Arizona Revised Statutes unequivocally states, "(n)o two brands of the same design or figure shall be adopted or recorded."

Stambaugh said the ruling will likely lead to confusion at livestock auctions and other places where brand inspectors check cattle ownership. Under the ruling, the state could issue identical brands for six different spots on a cow, left and right hip, rib and shoulder, and if the cow is transferred to another rancher with the same brand it could wreak havoc at an auction.

"When they won this case this is what they can do," he said. "The last guy that gets this animal is going to go to auction and a cattle inspector is going to look at it and go 'whose is it?' And I would say all six of us could walk up there and say it's mine."

He said branding in incorrect locations can happen, especially when young cowboys are doing the work, and issuing identical brands invites problems.

Stambaugh said he doubts an appeal is likely at this point.

"I've already spent too much money on this — I was kind of hoping an appeal would overturn it and it didn't," he said. "I'm not asking for a dime - I'm not asking for a million dollars. The only thing I asked for is I want that guy's brand certificate torn up and I want my attorney's fees, period."