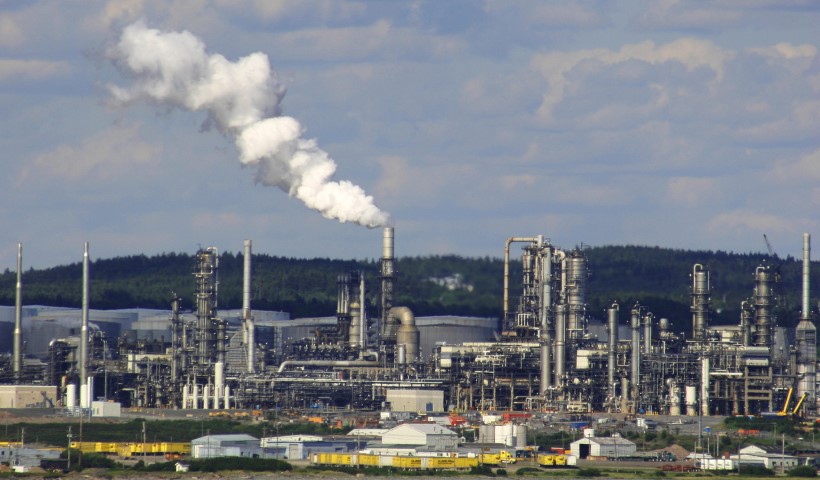 President Donald Trump won a court ruling that makes it easier for him to rescind the Obama administration’s plan for weaning American power producers off of coal and other fossil fuels.

The U.S. Court of Appeals in Washington on Friday put a lawsuit over the Clean Power Plan on hold for 60 days without deciding the issue of its legality. The court ruled over the objections of environmental groups, 18 states and cities including New York, Chicago and Philadelphia.

Killing the plan, a regulatory package aimed at stemming climate change, will make it more difficult for the U.S. to meet greenhouse gas reduction commitments it made with more than 143 other nations at a 2015 Paris summit.

The appeals court asked the EPA for an update in 30 days on the status of the rule. The panel also directed the parties to submit papers by May 15, addressing whether the case should remain in on hold or if the CPP should be sent back to the agency, which could then revise it or undertake its repeal.

A 10-judge panel had heard arguments over the measure in September. Among those leading the legal assault were West Virginia Attorney General Patrick Morrisey, who was first to sue, and Pruitt, then Oklahoma’s attorney general, who was second. Twenty-five other mostly Republican-led states joined in, although North Carolina dropped out this year.

The initiative to cut U.S. carbon dioxide emissions to 32 percent below where they were in 2005, by the year 2030, never took effect. The U.S. Supreme Court put it on hold in February 2016, at the request of some of the 27 states that sued to overturn it, pending the outcome of the litigation. The first compliance deadlines would have been last September.

The CPP lawsuit was one of a handful of cases filed at the U.S. Court of Appeals in Washington that the Trump administration has asked to be put on hold.

EPA regulations aimed at curbing urban smog by setting ground-level ozone standards were assailed by industry groups as too stringent and by conservation groups as insufficient. Oral argument set for April 19 were canceled at the administration’s request, leaving the dispute in limbo.

The court also indefinitely delayed arguments in a North Dakota-led lawsuit challenging EPA rules for carbon dioxide emissions from power plants built after January 2014. The court delayed an April 17 hearing in that case pending an EPA request to stay the litigation while it reviews the regulation.

The EPA also asked the court to stay a lawsuit over its methane emission rules. In that case, the agency cited its “inherent authority to reconsider past decisions and to revise, replace or repeal a decision.”

--With assistance from Jennifer A. Dlouhy

To contact the reporter on this story: Andrew Harris in Washington at [email protected]