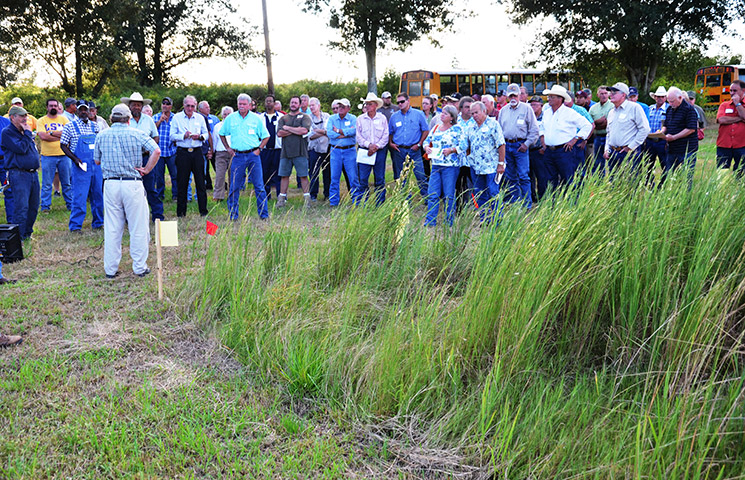 Cattle owners considering an increase in their herds should be mindful of paying too much for heifers, Louisiana State University AgCenter beef cattle experts advised Oct. 2.

Speaking at the Acadiana Cattle Producers fall field day, LSU AgCenter beef economist Ross Pruitt said recouping the costs of buying and maintaining a heifer should be considered before a purchase.

“If you are paying more than $2,200 for females, you are running the risk of having cash flow problems in the last few years of a loan if the purchase is financed,” Pruitt said.

Beef prices inevitably will decline after the cattle industry is able to add females and increase production after several years of herd inventory declines, Pruitt said. Prices should continue to increase next year, but not as rapidly as this year as pork and poultry levels expand. An additional increase of $3 to $5 per hundredweight in 2016 is also possible.

The peak has not been reached, he said, and prices are about two to three years away from declining.

LSU AgCenter beef specialist Karl Harborth said producers should consider whether older cows should be culled because their prime years are between ages five and 10.

LSU AgCenter beef nutritionist Guillermo Scaglia said bull selection is the first consideration to be made for replacement heifers.

A bull with a larger scrotal circumference results in heifers capable of reaching puberty earlier, he said.

Quality of nutrition of a pregnant cow also will determine an offspring’s muscle development and birth weight, he said. A nutritional deficit in the second trimester of gestation may reduce the number of muscle fibers in the offspring, and if the deficit is in the third trimester, the size of these fibers will be reduced, reducing birth weight and possibly affecting the age and weight at puberty, Scaglia said.

Hay should be analyzed for nutritional value to determine which supplement and how much of it is needed for a 550-pound heifer to gain 1.5 pounds per day, he advised. With very poor quality hay, “there is nothing you can do to help that heifer accomplish that goal.”

A heifer’s weight at breeding time should be monitored, Scaglia said.

“A heifer needs to be gaining weight at the start of the breeding season, and she needs to keep gaining weight,” he said. Development of a productive female does not stop with the first pregnancy, and a cow reaches full maturity at five years.

Stan Dutile, LSU AgCenter county agent in Lafayette Parish, said medium-frame cows are the most efficient for a herd. It becomes more difficult for a cow to conceive if she is thin and not in proper body condition going onto her second breeding season.

The biggest surprise from the study was the effectiveness of glyphosate herbicide at 1.5 pints per acre applied in late April with a broadcast sprayer, Twidwell said.

Andrew Granger, LSU AgCenter county agent in Vermilion Parish, said the weed foxtail can be controlled with an early-season application of herbicides.