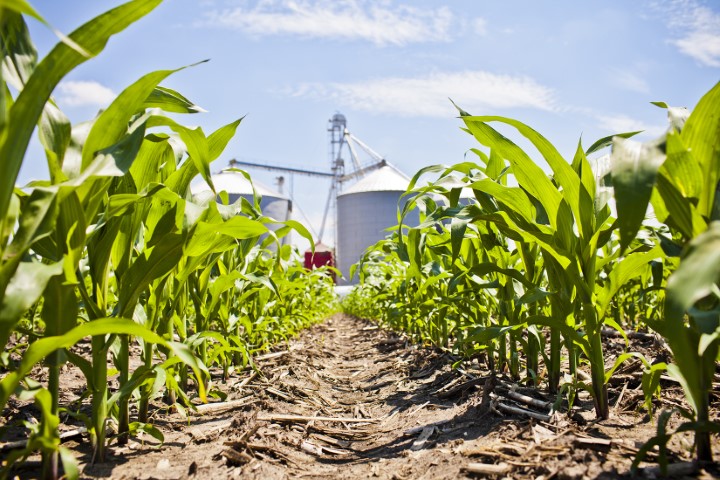 Lingering dryness is impacting the livestock markets while an abundance of weekend rain is dragging down the grains.

Over the weekend, the upper Midwest received heavy rains. Rivers and streams lie the Apple River in Hanover, Ill. are pushing past their banks. Parts of Iowa, Illinois, Indiana and Wisconsin received several inches of rain as pop up thunderstorms charged across the Midwest.

In the latest USDA crop progress report, 8 percent of corn in the dough stage, which is five points behind the average. Illinois is 15 points behind in dough.

Across the country, corn conditions dropped two points to now 62 percent of the nation’s corn crop is rated good to excellent. The western Corn Belt is the big reason for the decline—Iowa declined three points and Nebraska declined four points.

Soybean conditions decreased as well, they saw a four-point decline from a week ago, down to 57 percent rated good to excellent. Leading the decline is Illinois, losing eight points from the week prior, now rated 59 percent good to excellent.

Nebraska and South Dakota both saw a drop of four points.