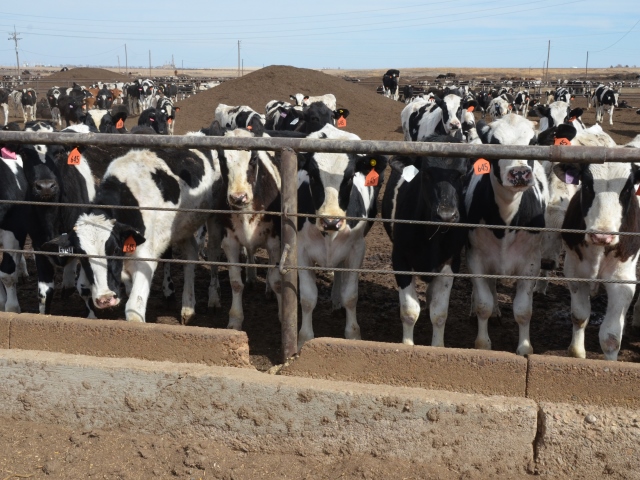 Although beef, as a by-product of the dairy industry, rarely exhibits a major influence on dairy industry production decisions, it is important to note that dairy animals contribute a significant portion of total animal slaughter and beef supply.

Peel expects increased beef cattle inventories as the U.S. beef herd rebuilds to reduce the impact of the dairy industry on beef production to more historically typical levels in the coming years.

America’s dairy cow herd has been relatively stable over the last 20 years, varying less than 4 percent from 9 million to 9.3 million head. By contrast, the U.S. beef cow herd has varied by more than 18 percent, 29.0 to 34.5 million head over the same period.

“Dairy cows as a percent of all cows have averaged 22.3 percent but have been at a record high of 24 percent in 2014 and 2015 as a result of low beef cow inventories,” Peel said.

“Dairy cow slaughter averages 30 percent of the January 1 inventory of dairy cows each year compared to less than 10 percent for beef cows,” Peel said. “On average, the number of dairy replacements held each year is about 47 percent of the cow inventory. This represents about 48 percent of the estimated dairy calf crop and is nearly all the heifers born to dairy cows.”

Peel said the primary contributions of the dairy industry to beef production are male calves and cull cows, along with some cull heifers.

“Veal slaughter has trended down for many years but reached record low levels in recent years thanks to the high value of feeder cattle,” he said.

In addition, new technology provides the dairy industry other ways to adjust relative to beef markets.

“Sexed semen and genomic testing are being used to target some dairy cows for production of replacement heifers,” Peel said. “Conversely, cows not used to produce replacements are, in some cases, being crossbred to beef breeds to produce a better feeder animal.”

Typically, dairy feeder cattle are discounted compared to beef breeds because of differences in productivity, efficiency and yield. However, dairy animals exhibit some advantages in feedlot situations.

“These animals are very predictable in finishing because of the uniformity of dairy genetics, though dairy calves are often placed on feed at very light weights and may take a year to finish,” Peel said. “Dairy cattle also tend to produce carcasses of consistent quality.”