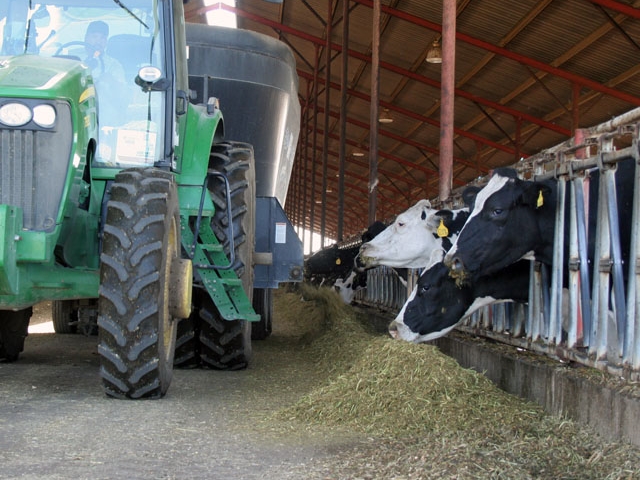 While dairy farmers are seeing profitability from milk checks, attendees at the Elite Producer Business Conference in November learned there are tremendous opportunities to market cattle into the beef supply thanks to record high beef prices.

Dairy cattle account for one of every 5 lb. of beef produced in the U.S., so they are vital part of the beef supply chain, says Lance Zimmerman, an analyst with CattleFax. Dairy cows make up 6% of beef production, while 14% comes from fed dairy calves.

While beef from dairy has remained fairly constant, the cattle industry has seen a drop in total cow inventory from 50 million cows in 1982 to a low of 38 million in 2014. Droughts from 2008 to 2013 caused 3 million cows to leave beef operations in the U.S. The majority of those losses came from the traditional feedlot region south of Interstate 70 in the High Plains of Texas, Kansas, Colorado and Oklahoma.

To help fill pens and keep packers near capacity, feedyards had to buy an increasing number of dairy calves, driving up prices. As cattlemen transition from the widespread drought of 2012 to a wetter 2014, beef cow slaughter has dropped off, Zimmerman says. Many cattle producers are holding back more cows to capitalize on record high calf prices. In the past four years, 550-lb. feeder calf prices have increased 83%.

In 2015, cull dairy cow prices are forecasted to remain high, with up to a $5 per cwt increase. “I think $1 per pound is going to be pretty normal for the low in the cull cow market,” Zimmerman says. “The high on those cull cows is going to be right in that $1.20 to $1.30 per pound range.”

Other animal protein sectors have also seen record high prices thanks to demand and a drop in production.

“We’re going to have larger protein supplies next year by just a couple of pounds, but it is all going to be due to the other proteins, not beef,” Zimmerman adds.

The biggest driver in 2015 will be consumer demand. International markets will continue to be increasingly important to the U.S. beef industry as countries such as China continue to eat larger amounts of choice protein. Domestic demand, however, will be the primary market for beef producers—particularly for grinding meats.

“I think you could easily say 55% to 60% of U.S. beef consumption in 2014 is ground beef,” Zimmerman says. “For years, the beef industry cried, ‘We need our own chicken nugget or chicken breast.’ My message to everyone in the beef industry is you have it. It’s called a hamburger.”

“Dairy-influenced beef will continue to be a bigger part of the beef story,” Zimmerman adds. “Dairy cull cows are increasingly important to beef production. Feedlot overcapacity has made dairy-influenced calves attractive, and veal isn’t the only market.”